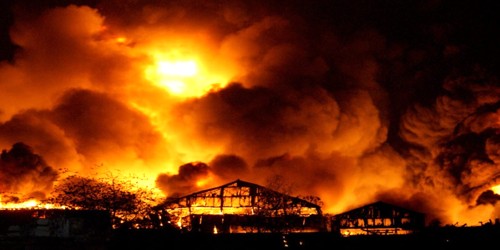 An act of God describes an event outside of human control or activity. In essence, the phrase “Acts of God” refers to natural disasters. It refers to some unforeseen accident or natural cause that cannot be prevented by any reasonable foresight. Nobody is legally liable for any loss arising through an Act of God. This insurance refers to any kind of insurance that protects against these events. For example, consider fires. An accidental fire in your home is not considered an Act of God because it could have been prevented, either by someone’s actions in starting the fire accidentally or poor workmanship during construction of the house. If a fire was started by a lightning bolt, however, this would be classed as an act of god. It’s usually a natural disaster, such as a flood or an earthquake. Natural disasters such as hurricanes, volcanoes, earthquakes, floods, and storms are typical examples of such events. Insurance policies usually specify which particular acts of God they cover.

In terms of insurance, an Act of God is an act of nature that couldn’t have been foreseen or avoided. It describes an event:

An act of God is an uncontrollable event, such as tornadoes, not caused nor controlled by humans. Many people still think insurance companies use the notion of a so-called Act of God as an excuse not to pay claims. Insurance companies often limit or exclude coverage for acts of God. This is a peril terminology found in the ocean and inland marine policies. If your insurance policy does not specifically state what an act of God is, then it may be open for interpretation. Hence, it is imperative for the policyholder to read the policy document carefully to understand which of the ‘acts of god’ are covered and which ones are not.