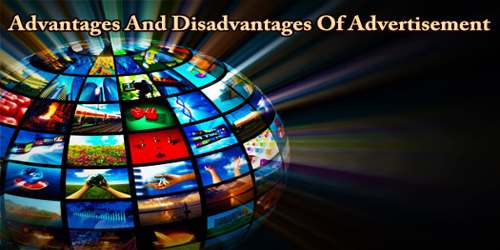 Advantages And Disadvantages Of Advertisement

Advertising has become an inevitable tool for both new as well as existing companies. It is the single most powerful element of the promotion mix and can enjoy a major part of the promotional budget. Obviously, it is a powerful weapon that can safeguard and augment the company’s interest. It is an integral part of economic and social life and a powerful technique for promoting the sale of the product.

Advertising through newspapers and magazines is traditional but is still a handy mode of advertisement. Plenty of people even reach out for the morning newspaper or love to read magazines. But most of today’s print media have their own digital presence. Verbal promotion is also one of the most effective ways of promoting your product by repeating the message on radio and podcasts. But the method that mostly engages the consumer is to create a video and post it on social media or pay it to run on sites like YouTube.

Actually, Advertising is directed to a large number of people and not to one individual. That is why we call it non-personal. Advertising is communication about products or ideas.

Advantages or Benefits of advertisements for the business –

Advantages or Benefits of advertisements to the consumers –

Advantages or Benefits of advertisements for society –

Advertising too has its own limitations. In some cases, it’s being misused by few people overlooking their business interests.

The main weaknesses of advertising are discussed below:

An effective advertising campaign creates permanent place for certain brands in the market. It blocks the entry of other competitors. A monopoly always has an ill-effect on the buyer’s interest. Many advertisements are highly objectionable because they undermine values and ethics. Vulgar advertisements like that of Axe offend public decency and encourage materialism in society. The advertisement also compels the consumer to buy things that are not needed as it is the human instincts to possess or to identify in society, and so forth.