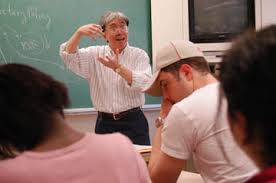 Assignment on Economics is the science of choice

Evolutionary economic theory originates outside the orthodox neo-classical tradition; however that tradition is enriched not contradicted. Neo-classical theory becomes a special case in a much more complex reality.

Therefore, Robinson’s definition first gives the concept of The Science of Choice. Evolutionary Economics is the science of choice, survival choice – opportunity costs.

In this task of proving the statement: ‘Economics is the science of choice’ is need to clear first that what is being explained by the statement. For this, a particular process is followed to prove it.

Before we proceed for the proving of the statement, we need to analyze the different parts of the statement first. We will discuss about the definitions of the words “Choice” and “Economics” one by one. A example is given to make the concept more clear.

According to Adam Smith (Early Definition : As the Science of Wealth; 1776)

“Economics is concerned with the enquiry into the nature and Cause of wealth of nation.” According to Alfred Marshall ( Marshallian Definition : As the Science of Material Welfare; 1890):

“Economics is the science of mankind in the ordinary business of life; it examines that part of individual and social action which is most closely connect with the attainment and with the use of the material requisites of well being “

According to Lionel Robinson ( Robinson’s Definition : As the Science of Choice; 1931 ):

According Paul Samuelson ( Modern Definition : On the basis of the concept of growth criteria ):

“Economics is a study of how men and society ‘choose’ with of without the use of money, to employ scarce productive uses resources which could have alternative uses, to produce various commodities over time and distribute them for consumption, now and in the future among the various people and groups of society. “

Thus we can conclude the definition of Economics as ;

Economics is a social science concerned with the way the society chooses to employ its limited resources, which have alternative uses to produce goods and services for present and future purposes or consumption.

As the Science of Choice); which was published in his book Nature and significance of Economic Science in 1931. It is considered that this definition of economics is one of the most appreciable definition than earlier ones.

In this definition we see that Robinson emphasizes on

On analysis the definition, we will find that this definition lays down the following three fundamental Propositions which constitute the basis of the structure-of economic science:­

“Ends” refer to want. Human beings have want which, is unlimited in numbers. If one is satisfied another crops up. Multiplicity of wants calls forth ceaseless effort for their satisfaction, and the unending cycle of economic moves on. If wants had been limited, they would have been no economic problem; all incentives to economic effort would have ceased. Also, since human wants are unlimited, one is compelled to choose between the more urgent and less urgent wants. That is why Economics is also called a science of choice.         •

The term “Scarcity” is used here in a relative sense. It will not to be taken in an absolute sense. Although wants are unlimited the means to.satisfy them are strictly limited. Had the means of satisfaction are unlimited, no economic problem would have arisen. But as it is, the resources at the disposal of a community are scarce and they must, therefore, be economized. Economic resources are the various types of labor, capital, land, and entrepreneurship used in producing goods and services. Since the resources are limited, the ability of the community to produce goods and services is also limited.

The third proportion of underlying Robinson’s definition is that the scarce means are capable of “Alternative” uses. If a commodity could be put only to one use and to none else, few economic problems would arise in its connections. After it has met that use, it will become a free good and will have no further economic significance. Actually, however, the uses to which a commodity can be put are numerous, almost unlimited. Hence, the demand in the aggregate for that commodity is almost insatiable.

Further, these alternative uses are of varying importance; some are more urgent and others less urgent. And we can select the use to which a commodity may be put. Choice comes again.

Thus in Robinson’s sense, economic activity lies in man’s utilization of scarce means having alternative uses, for the satisfaction of multiple ends. “Means” refer to time, money or any other form of property. They are limited, but since the ends are unlimited, choice making is essential here.

In the preface of. his book Man and Economics (1968), Professor Mundell writes beautifully of the allure of Economics:

Why is a specific alternative chosen out of a number of possibilities? Economists analyze the choices that consumers make, such as the type of brand or the product they buy. For instance, why do some consumers buy a mobile phone instead of a bike? Economists also analyze the optimal ways to finance investment projects or to organize a business, a national economy or even a global economy.

This raises questions such as:

Does it make sense to borrow money to take over another business or is it better to use equity to finance such a takeover? Should the national government raise interest rates to control inflation or to keep currency exchange at a certain balance?

“Economics is a study of how men and society `choose’ with of without the use of money, to employ scarce productive uses resources which could have alternative uses, to produce various commodities over time and distribute them for consumption, now and in the future among the various people and groups of society. “

In Samuelson definition again economics is shown as the science of `choice’.

So, that is very clearly proven in the present age that, “Economics is the science of Choice”.

From various definitions and theories we are obviously able to understand why economics is called the science of choice. Gradually we have explained the meaning and facts of choice, discussed about early to modem definitions, proceeded for the proof with those definitions, theories and quotations, and dramatized an example to make the concept of choosing in relation to the economic science.

In our everyday life we use our resources to satisfy our wants and make the decisions regarding the use of our resources, choose between alternatives, give efforts and labor to gain those resources to satisfy. These create the divisions of labor… problem of employment… create transactions of money or resources… make the human civilization more complex with its unlimited wants! And for all these problem there is a social science, economics, the science of choice.