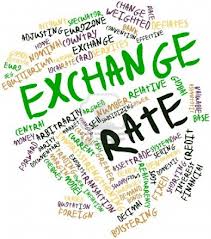 The purpose of the analysis in the early 1970s, Australia, unlike many other developed economies, did not move immediately to a floating exchange rate. Rather, exchange rate policy in Australia moved through several regimes, gradually providing an additional degree of flexibility in the exchange rate. Reforms did not always follow a pre-set plan. Here is also discussed about the market condition, inflation, policy that taken by gov, RBA many of the reasons to currency fluctuate. It has allowed the economy to absorb these shocks without the large inflationary or deflationary pressures.

Body of the assignment

The Australian dollar was eventually floated in 1983. In essence, the float meant that:

The movement in the Australian dollar in each of these periods is shown in Graph 1.

The eventual decision to float the currency was made not because the authorities had exhausted foreign exchange reserves, as is often the case in emerging market countries, but because the country was facing large inflows of capital that were undermining monetary control.

At various points, financial markets in Australia developed ways to circumvent the regulatory framework. A good example was the formation of the so-called foreign currency hedge market in the mid-1970s, established entirely by private sector market participants, which operated alongside the physical foreign exchange market but was outside the direct control of the authorities. Eckhold and Hunt

In the event, as this market allowed banks and corporations to develop their currency trading skills, it helped in the relatively smooth transition from a managed to a floating exchange rate.

How Internationalized is the Australian Dollar?

Kenen (2009) identifies a number of conditions for classifying a currency as internationalized, including:

ü   No restrictions on domestic or foreign entities transacting in the currency, in both spot and forward markets; and

ü   Foreign entities being able to hold and issue financial instruments denominated in the currency, both in the domestic market and in offshore markets.

2. The Implications of an Internationalized Currency

Exchange rate volatility has been considerably higher in the post-float period, though of course the large discrete changes in the exchange rate which occurred in the fixed-rate regimes, reflecting the occasional large re-alignments, no longer occur (Graph 2). Arguably, market participants found the latter to be more damaging than short-run volatility. While there was an increase in the volatility of the exchange rate, the volatility in nominal interest rates declined (Graph 3). As might be expected, internationalization has increased the relative influence of offshore factors on domestic markets. Campbell and Lewis (1998) demonstrated that Australian bond yields are more affected by US economic news than Australian news. In terms of the Australian dollar, Clifton and Plumb (2008) shows that volatility in the AUD/USD increases around the times of key US economic data releases.

The primary concern, and US data surprises are more likely to be negatively correlated with the AUD/USD. Evidence suggests that this effect is strongest in the period since 2005, and only appears to hold for US data releases pertaining to growth, employment and production.

The flexible exchange rate has mitigated the impact of external shocks on the domestic economy and thereby has contributed to a reduction in volatility of output.

Eventually, in the early 1990s, monetary policy moved to an inflation-targeting framework, with the inflation target replacing the exchange rate as the nominal anchor in the economy. Exchange rate fluctuations have played an especially important role in smoothing the influence of terms-of-trade shocks, which, for a commodity producer such as Australia, can be very large (Graph 4). In contrast, under the floating regime, the exchange rate has been more effective in countering the effects of terms-of-trade movements, and has therefore assisted in the maintenance of internal balance (Blundell-Wignall and Gregory 1990).

Thus, as Blundell-Wignall and Gregory demonstrate, the nominal exchange rate appreciation induces the necessary appreciation of the real exchange rate to restore internal balance following the terms-of-trade shock. In contrast, under the fixed exchange rate regime, the real appreciation must result from an increase in inflation, unless there is an adjustment in the exchange rate peg. This was certainly evident in the large rise in the terms of trade that occurred in Australia in the early 1950s at the time of the Korean War (Graph 5).

Movements in the exchange rate therefore do not affect the Australian-dollar value of these debt liabilities. Australia’s equity liabilities are all denominated in Australian dollars, so their value is also unaffected by movements in the exchange rate. With foreign liabilities largely in domestic currency and foreign assets denominated in foreign currency, in net terms Australia has a long position in foreign currency (Graph 8). As noted, this is similar to the situation in the United States. Foreign liabilities make up about 30 per cent of Australian banks’ total funding. Net foreign liabilities are about 15 per cent of assets, which is quite large by international standards (Graph 9). Some commentators see this as a point of vulnerability.

3. This can be illustrated by the case of Australia:

In the 25 years before the floating of the currency, Australia’s current account averaged a deficit of about 2½ per cent of GDP. This was matched by net capital inflows of similar magnitude, made up of gross inflows of about 2½ per cent of GDP and negligible outflows. The absence of outflows was the consequence of tight capital controls, introduced during the Second World War, designed to prevent scarce domestic savings from leaving the country. The removal of capital controls when the currency was floated in 1983 saw capital outflows surge. In the 25 years since the float, net capital inflows have averaged 4½ per cent of GDP.

Measures such as the ratio of net foreign liabilities to GDP are not necessarily good indicators of the sustainability of the balance of payments. In Australia’s case, this ratio has risen quite noticeably since the floating of the currency, from 27 per cent to over 60 per cent (Graph 7). Yet, as noted, this has not been accompanied by any decline in economic performance or increase in financial instability. This measure for Australia shows that, relative to the domestic capital stock, net foreign liabilities have fluctuated around a flat trend, at about 10 percent (Graph 7).

As the Reserve Bank of Australia is widely expected to hold borrowing costs steady for the second consecutive month in July 2010, the neutral policy stance adopted by the central bank could weigh on the exchange rate as investors curb expectations for future rate hikes. Nick.Smyth@reservebank.co.aus

The rebound in global trade paired with the ongoing improvement in the labor market could lead the central bank to raise its assessment for growth and inflation, and the RBA may turn increasingly hawkish over the coming months as the economic outlook improves. At the same time, the drop in business sentiment paired with the pull back in inflation expectations may give the RBA scope to maintain a wait-and-see approach over the coming months, and the central bank may look to hold the cash rate steady over the coming months as the government stimulus tapers off. Australian dollar to retrace the advance from June lows as investors scale back expectations for a rate hike in the third-quarter.

4. How to Trade This Event Risk

Therefore, if Governor Stevens turns increasingly hawkish and sees scope to increase the cash rate further over the coming months, we will need to see a green, five-minute candle following the release to generate a buy entry on two-lots of AUD/USD. As a result, if Governor Stevens sees scope to hold the benchmark interest rate at 4.50% over the medium-term, we will favor a bearish outlook for the AUD/USD, and will implement the same strategy for a short aussie-dollar trade as the long position laid out above, just in reverse. The Reserve Bank of Australia kept the benchmark interest rate at 4.50% in June, and held a neutral outlook for future policy as “difficulties in Europe would inevitably weigh somewhat on prospects for global growth.” At the same time, the central bank said that the medium-term outlook for the region “remained positive” as it continues to benefit from the marked expansion in the emerging economies, and went onto say that the recent rake hikes “afforded policy the flexibility to await information on how the recent market uncertainty might affect the global economy, as well as news about the outlook for inflation.” Moreover, the RBA “noted some signs that the earlier buoyancy in the housing.

For Australia, the move to an internationalized currency a generation ago has proved to be very favorable. It greatly assisted in the management of the economy, it spurred the development of dynamic financial markets and it facilitated subsequent reforms to the goods and labour markets. We are completed those of the things that measure in introduction part. We understand the effects of currency. The internationalization of the currency has made a material contribution to the living standards of Australians.

Edwards, K and M Plumb (2009), ‘How Does New Information About the US Economy Affect the Australian Dollar?’, Reserve Bank of Australia, internal note.

Gruen D, and G Stevens (2000), ‘Australian Macroeconomic Performance and Policies in the 1990s’, in D. Gruen and S. Srestha (eds), The Australian Economy in the 1990s, Reserve Bank of Australia.

Heath A, I Roberts and T Bulman (2004), ‘Inflation in Australia: measurement and modelling’, in C Kent and S Guttmann (eds), The Future of Inflation Targeting, Reserve Bank of Australia, Sydney.

(Wordcount-1749, without References and front page )