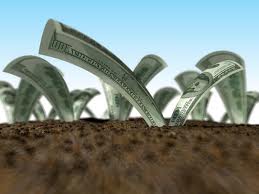 Assignment on Facts Regarding Deposit and Investment From which sectors Islami Bank Bangladesh Limited collected a huge portion of deposit and those who were prominent in 2009 they were also same sorts of prominent at period 2008. So from both the period we find that the deposit collected by Islami Bank are getting bsame sort of priority. The contribution in collecting deposit by IBBL was 7.77% of the total banking sector of the country for the period 2009. 29.49% was only of the govt. commercial banks. The deposit collected by specialized bank was 5.46%, private commercialized banks contributed 42.49%, 15.27 was of Islami banks and 7.29% was of foreign commercial banks. The contribution in investment by banking was prominent but after of that the IBBL has invested 7.11% of the total baking sector. In our country the industry sector is still alive because of two banks in our country. One of them is IBBL. Even from the above chart we can easily notify the sectors for which IBBL pays special care. Among them Industry is the most prominent sector. After of that we find that Trade is the second, Real estate is the third and agriculture the fourth. So from the above graph it is also clear to us that IBBL wants to invest only those sectors from where they will be able to make our economy and on the way of following Shariah. So we also can say that IBBL also invest safety and healthy sector – no any tobacco sector which are profitable but against of Shariah.

In case of 20008 we also find about the same as like of 2009 without the change of percentage. So IBBL is walking its own way in case of investment to different sector and at the need7y sector and about the set up policy based. The ranking is also about as like the previous periods here we find- industry, trade, real-estate, agriculture, transportation and others. So we can say that IBBL gives importance to some specialized sectors.

The same sort of scenario we also find at the period of 2008 in investing under Islamic methods.

From 2010 to 2013 the bank has taken a specialized business plan for the period of four years- bank is now trying to implement this one. From the part of this plan in case of investment, whose target is the size of investment, sectors, geographical location, economic purpose and considering other things proving banking services to all sectors of the society.