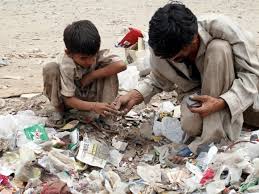 Assignment on Micro Credit on Poverty in Bangladesh

Role of Micro-credit on Poverty in Bangladesh:

Bangladesh has experienced rapid growth in the micro-credit sector since 1990. Prior to 1990, only a handful of organisations were in operation. Many NGOs adopted and built on the experience of the Grameen Bank. Some of these NGOs experimented with the Grameen Bank micro-credit delivery system at the beginning and gradually they developed their own micro-credit delivery system (such as BRAC and ASA, see below). Currently, more than 1,000 NGOs operate micro-credit programmes in Bangladesh (see Rahman, 1999). The contribution of many of these NGOS to micro-credit disbursement is very small. For example, a study of 369 NGOs indicates that the top three NGOs as of June, 1998: held 69 per cent of total credit; held 83 per cent of total net savings; held 85 per cent of cumulative credit; held 82 per cent of outstanding loans; and captured 71 per cent of the total revolving fund (see Rahman 1999). Most of the micro-credit institutions follow the flat rate method in calculating total interest. A very small number follow the declining method in calculating total interest. Under the flat rate method, NGOs charge interest rates typically between 10 to 30 per cent. The empirical analysis presented below is based on data collected for three organisations involved in micro-credit activities in Bangladesh: (1) the Grameen Bank; (2) the Bangladesh Rural Advancement Committee (BRAC); and (3) the Association of Social Advancement (ASA). Table 1 presents some comparative information relating to the activities of these three organisations.

The Grameen Bank evolved from research project aimed at identifying the causes of poverty carried out by Professor Muhammad Yunus. He found that capital constraints had been forcing women to sell their handicraft products to input providers at prices that were much lower than market prices. He concluded that a lack of small-scale capital in rural areas, needed for income-generating activities, was one of the main causes of poverty. This experience led him to experiment with a loan program targeted at poor people without collateral. In 1983, through a government statute, the Grameen Bank became an official financial institution. It is now regulated by the Central Bank of Bangladesh, and is the largest player in the micro-credit sector. The Grameen Bank receives funds from both the Central Bank and commercial banks (about 75 per cent of the total), along with contributions from international donors.

The Grameen Bank pioneered (and continues to employ) the “group-lending model”. Five people with similar socio-economic status (usually from the same village), form a “group”. Each member presents himself or herself as a guarantor of other members’ loans. This system of “joint liability” replaces the more traditional collateral system used in the formal financial sector. If any member defaults the whole group becomes ineligible to receive additional loans. In this sense, each member of the group is responsible and liable for other members’ repayment of loans. Loans are repaid in weekly instalments, with each instalment being equal to 2 per cent of the principal. In 2000, membership in the Grameen Bank was about 2.3 million, with a cumulative loan disbursement of about $3.2 billion. It operates in over 40,000 villages, covering nearly half of the total land area of Bangladesh. In 2000, members had a total savings balance of $83.2 million, and the recovery rate of was near 89 per cent (see Table 1). Currently, in terms of cumulative loan disbursement the Grameen Bank is the largest micro-credit organisation in Bangladesh.

After independence in 1971, the Bangladesh Rural Advancement Committee (BRAC) was established. Initially its main objective was to conduct relief and rehabilitation programmes. It continued to widen its activities and in 1976 established a micro-credit programme. At present it is prominent among the biggest NGOs in terms of development and micro-credit activities. BRAC started its micro-credit programme in 1976. Its current programme was initiated in 1990 and is known as the “Rural Credit Project”. BRAC’s other development activities include free informal education and heath and medical facilities to low-income people in rural areas. In 2002, membership in BRAC was about 3.9 million, with a total loan disbursement of about $1 billion. In 2000 the cumulative savings of BRAC stood at $65 million. In the same year it achieved a recovery rate of 98.4%. Currently, BRAC is the second largest micro-credit organisation in Bangladesh.

The Association of Social Advancement (ASA) was established in 1978. It began its micro-credit programme in 1991. Currently, ASA is the third largest micro-credit organisation in Bangladesh. It has developed a less expensive model for the implementation of savings and credit program, which has helped it become a more cost effective and sustainable program (Jain, 1999; Rutherford, 1995). Kalily, Imam and Khan (2000) conclude that ASA is more cost effective and more sustainable than the Grameen Bank. By 2000, ASA had extended credit to poor people in 22,740 villages out of approximately 86,000 villages in Bangladesh. The total number of members of ASA in 2000 was 1.2 million. In the same year the cumulative loan disbursement and cumulative savings of members stood at $466 million and $97 million respectively. In 2000 the recovery rate of ASA was 99.9%.

The analysis reported below is based on a household-level survey of micro-credit programme participants carried out from January to May 1999 (N = 954 households). The data was collected through face-to-face interviews following a four stage sampling design. Bangladesh is divided into 64 administrative districts. Two criteria were used to reduce the number of eligible districts. The first was that it had to one of those relatively close to Dhaka. This restriction was imposed simply because of time and budget constraints. The second was that the district was not one severely affected by the 1998 flood. This restriction was imposed because the devastation and deprivation created by this tragic event would mask any underlying impact of micro-credit. These criteria narrowed the number of eligible districts down to five, of which one, Comilla, was selected. Comilla lies about 70 km south-east of Dhaka and has a mainly rural population of about five million inhabitants.

In the second stage, a list of the “branches” of Grameen Bank, BRAC and ASA in Comilla was constructed. A branch usually consists of 50 to 60 “centres”, with each centre having 30 to 50 members. From this list, branches that had been in existence for at least eight years were selected. This restriction resulted in four branches of the Grameen Bank being identified, of which two were randomly selected. No branch of BRAC or ASA met this duration criterion. However, there were seven branches that had been in existence for five or more years (four BRAC and three ASA). From this group, one BRAC and one ASA branch was randomly selected. The two Grameen Bank branches were about 4.5 km away from Comilla Town. This distance was used as a selection criterion to choose a newly-established branch (i.e. in existence for less than one year) for some comparative work not reported in this paper. Only one branch met this criterion and was selected. In the third stage, centres were selected from these five branches. In each of the “old” (8+ years) Grameen branches there were 60 branches, from which 27 were randomly selected. In the “new” Grameen branch (less than one year old) there were 26 centres from which 20 were randomly selected. The BRAC and ASA branches each had 50 centres from which 35 were randomly selected. In total, 144 centres were selected from a total of 246.

The sample consisted of 952 households. In total, information was collected for 432 member households of two “old” branches of Grameen; for 100 member households of a “new” branch of Grameen; and for 210 member households for a branch each of BRAC and ASA. Because of missing information on some of the key variables, 43 households had to be dropped, which reduced the size of the useable sample to 909 households. Table 2 (Column 1) presents some descriptive information relating to the sample. If we classify “new members” as those households who have been a member of a micro-credit programme for less than one year, then such cases make up 29.2% (N=265) of the sample. It is also important to note that 17% (N = 45) of these new members had not at time of the interview received the cash for the loan that had been agreed (although this was expected shortly). “Old members” (i.e. households with programme duration greater than one year) make up 70.8% (N = 644) of the sample. Given the sample strategy followed, it is difficult to judge how representative it is. However, it is our belief the information collected does capture the diversity of the micro-credit experience in Bangladesh and at the same time provides a meaningful vehicle for exploring how programme duration impacts on poverty.

The survey collected detail information on a variety of factors. For example, demographic information (age, sex, marital status, etc.) and socio-economic information (education, employment, food consumption, expenditure on health, etc.) was collected for all household members. Detailed village-level information was also collected, such as distance to nearest primary school, secondary school, market and district headquarters, along with variables describing village infrastructure, such as the presence of schools, markets, irrigation systems, roads, electricity, etc. Information relating to the size of loan received, date of joining and other membership characteristics was provided by branch officials and matched to the data.

In order to control for some of these factors, logit regression is used. This model is of the general form:

This model is estimated using three different specifications of the micro-credit programme variables that attempt to capture the impact of programme duration on poverty. The first is a simple linear specification:

where “L”  is a dummy variable coded “1” if the micro-credit loan has been received and coded “0” if not; and “D” is the length of time (measured in months) the household has been in receipt of micro-credit (months programme duration). The second is a quadratic specification:

It is important to note that the sample includes 45 “new member” households who had not at the time of the interview received their loan. That is, they had been applied for and had been selected for a loan but had not received the cash. One of the problems associated with evaluating the impact of micro-credit on poverty relates to the “self-selection” of programme participants (see Coleman, 1999). If programme participants are not a random sub-sample of the more general target population (i.e. the poor), then models estimated using information only on participants would likely lead to biased estimates of the impact of micro-credit on poverty. Including “new members” who have not yet received their loan, helps control for this selection bias, since we have little reason to believe that the factors that cause “new members” and “old members” to apply for a loan in the first place are somehow systematically different. At the same time, if the loan has not yet been received, we can safely assume that it cannot have a poverty-reduction impact. Statistically we can capture this effect by interacting the variable “L” (whether or not the loan has been received) with programme duration.

In order to demonstrate this last finding more intuitively, Figures 1 and 2 show the relationship between poverty and programme implied by the estimates. Figure 1 is for objective poverty while Figure 2 is for subjective poverty. For convenience, programme duration is measured in years. Two steps were required to construct these   “adjusted poverty” rates. In the first step, the estimated coefficients were used to “predict” each household’s poverty rate given each household’s individual values of the control variables given in Table 3. In the second step, these values were averaged across all households at progressively increasing programme durations in order to get duration-specific “mean” poverty rates that net-out the effects of other variables that affect poverty.