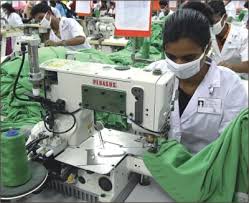 Bangladesh has made major strides to meet the food needs of its increasing population, through increased domestic production augmented by imports. The land is devoted mainly to rice and jute cultivation, although wheat production has increased in recent years; the country is largely self-sufficient in rice production. Nonetheless, an estimated 10% to 15% of the population faces serious nutritional risk. Bangladesh’s predominantly agricultural economy depends heavily on an erratic monsoonal cycle, with periodic flooding and drought. Although improving, infrastructure to support transportation, communications, and power supply is poorly developed. Bangladesh is limited in its reserves of coal and oil, and its industrial base is weak. However, the country’s main endowments include its vast human resource base, rich agricultural land, relatively abundant water, and substantial reserves of natural gas.

Since independence in 1971, Bangladesh has received more than $30 billion in grant aid and loan commitments from foreign donors, about $15 billion of which has been disbursed. Major donors include the World Bank, the Asian Development Bank, the UN Development Program, the United States, Japan, Saudi Arabia, and west European countries. Bangladesh historically has run a large trade deficit, financed largely through aid receipts and remittances from workers overseas. Foreign reserves dropped markedly in 2001 but appear to have now stabilized in the $3 to $4 billion range (or about 3 months import cover). On January 7, 2007, reserves stood at $3.73 billion.

Moves Toward a Market Economy:

Following the violent events of 1971 during the fight for independence, Bangladesh–with the help of large infusions of donor relief and development aid–slowly began to turn its attention to developing new industrial capacity and rehabilitating its economy. The statistic economic model adopted by its early leadership, however–including the nationalization of much of the industrial sector–resulted in inefficiency and economic stagnation. Beginning in late 1975, the government gradually gave greater scope to private sector participation in the economy, a pattern that has continued. A few state-owned enterprises have been privatized, but many, including major portions of the banking and jute sectors, remain under government control. Population growth, inefficiency in the public sector, a resistance to developing the country’s richest natural resources, and limited capital have all continued to restrict economic growth.

In the mid-1980s, there were encouraging, if halting, signs of progress. Economic policies aimed at encouraging private enterprise and investment, denationalizing public industries, reinstating budgetary discipline, and liberalizing the import regime were accelerated. From 1991 to 1993, the government successfully followed an enhanced structural adjustment facility (ESAF) with the International Monetary Fund (IMF) but failed to follow through on reforms in large part because of a preoccupation with the government’s domestic political troubles. In the late 1990s the government’s economic policies became more entrenched, and some of the early gains were lost, which was highlighted by a precipitous drop in foreign direct investment in 2000 and 2001. The current government has promised a return to liberalization. In June 2003 the IMF approved 3-year, $490-million plan as part of the Poverty Reduction and Growth Facility (PRGF) for Bangladesh that aims to support the government’s economic reform program up to 2006. Seventy million dollars was made available immediately. In the same vein the World Bank approved $536 million in interest-free loans.

Efforts to achieve Bangladesh’s macroeconomic goals have been problematic. The privatization of public sector industries has proceeded at a slow pace–due in part to worker unrest in affected industries–although on June 30, 2002, the government took a bold step as it closed down the Adamjee Jute Mill, the country’s largest and most costly state-owned enterprise. The government also has proven unable to resist demands for wage hikes in government-owned industries. Economic growth has been further slowed by a largely dysfunctional banking system. This has impeded access to capital. State-owned banks, which control about three-fourths of deposits and loans, carry classified loan burdens of about 50%.

The IMF and World Bank predict GDP growth over the next 5 years will be about 6.0%, well short of the 8%-9% that they feel is needed to lift Bangladesh out of its severe poverty. The initial impact of the end of quotas under the Multi-Fiber Arrangement has been positive for Bangladesh, with continuing investment in the ready-made garment sector, which is experiencing 20%-25% export growth. Downward price pressure means Bangladesh must continue to cut final delivered costs if it is to remain competitive in the world market. Foreign investors in a broad range of sectors are increasingly frustrated with the politics of confrontation, the level of corruption, and the slow pace of reform. While investors view favorably recent steps by the interim government to address corruption, governance, and infrastructure issues, most believe it is too early to assess the long-term impact of these developments.

Most Bangladeshis earn their living from agriculture. Although rice and jute are the primary crops, maize and vegetables are assuming greater importance. Due to the expansion of irrigation network, some wheat producers have switched to cultivation of maize which is used mostly as poultry feed. Tea is grown in the northeast. Because of Bangladesh’s fertile soil and normally ample water supply, rice can be grown and harvested three times a year in many areas. Due to a number of factors, Bangladesh’s labor-intensive agriculture has achieved steady increases in food grain production despite the often unfavorable weather conditions. These include better flood control and irrigation, a generally more efficient use of fertilizers, and the establishment of better distribution and rural credit networks. With 28.8 million metric tons produced in 2005-2006 (July-June), rice is Bangladesh’s principal crop. By comparison, wheat output in 2005-2006 was 9 million metric tons. Population pressure continues to place a severe burden on productive capacity, creating a food deficit, especially of wheat. Foreign assistance and commercial imports fill the gap. Underemployment remains a serious problem, and a growing concern for Bangladesh’s agricultural sector will be its ability to absorb additional manpower. Finding alternative sources of employment will continue to be a daunting problem for future governments, particularly with the increasing numbers of landless peasants who already account for about half the rural labor force.

Fortunately for Bangladesh, many new jobs–1.8 million, mostly for women–have been created by the country’s dynamic private readymade garment industry, which grew at double-digit rates through most of the 1990s. The labor-intensive process of ship breaking for scrap has developed to the point where it now meets most of Bangladesh’s domestic steel needs. Other industries include sugar, tea, leather goods, newsprint, pharmaceutical, and fertilizer production. The country has done less well, however, in expanding its export base–garments account for more than three-fourths of all exports, dwarfing the country’s historic cash crop, jute, along with leather, shrimp, pharmaceuticals, and ceramics.

Despite the country’s politically motivated general strikes, poor infrastructure, and weak financial system, Bangladeshi entrepreneurs have shown themselves adept at competing in the global garments marketplace. Bangladesh exports significant amounts of garments and knitwear to the U.S. and the European Union (EU) market. As noted, the initial impact of the end of quotas on Bangladesh’s ready-made garment industry has been moderate. Downward price pressures, however, mean Bangladesh must cut final delivered costs considerably if it is to remain competitive in the world market. Bangladesh has been a world leader in its efforts to end the use of child labor in garment factories. On July 4, 1995, the Bangladesh Garment Manufacturers Export Association, International Labor Organization, and UNICEF signed a memorandum of understanding on the elimination of child labor in the garment sector. Implementation of this pioneering agreement began in fall 1995, and by the end of 2001, child labor in the garment trade virtually had been eliminated.

The Bangladesh Government continues to court foreign investment, something it did fairly well in the 1990s in private power generation and gas exploration and production, as well as in other sectors such as cellular telephony, textiles, and pharmaceuticals. In 1989, the same year it signed a bilateral investment treaty with the United States, it established a board of investment to simplify approval and start-up procedures for foreign investors, although in practice the board has done little to increase investment. Bangladesh also has established successful export processing zones in Chittagong (1983), Dhaka (1994) and Comilla (2000), and has given the private sector permission to build and operate competing export promotion zones (EPZs).

The most important reforms Bangladesh should make to be able to compete in a global economy are to privatize the state-owned enterprises (SOEs), deregulate and promote foreign investment in high-potential industries like energy and telecommunications, and take decisive steps toward combating corruption and strengthening rule of law.

The Bangladesh Army, Navy, and Air Force are composed of regular military members. The 110,000-member, seven-division army is modeled and organized along British lines, similar to other armies on the Indian subcontinent. However, it has adopted U.S. Army tactical planning procedures, training management techniques, and noncommissioned officer educational systems. It also is eager to improve its peacekeeping operations capabilities and is working with the U.S. military in that area. The United States gave the Bangladesh Air Force four U.S. C-130 B transport aircraft in 2001 under the excess defense article (EDA) program. These aircraft will improve the military’s disaster response and peacekeeping capabilities. The Bangladesh Navy is mostly limited to coastal patrolling, but in 2001 it paid to have an ULSAN-class frigate built in South Korea.

In addition to traditional defense roles, the military has been called on to provide support to civil authorities for disaster relief and internal security. Since the proclamation of the state of emergency on January 11, 2007, the military has played a central role in the formulation and execution of key government strategies, including the anti-corruption campaign. The Bangladesh Air Force and Navy, with about 7,000 personnel each, perform traditional military missions. A Coast Guard has been formed, under the home ministry, to play a stronger role in the area of anti-smuggling, anti-piracy, and protection of offshore resources. Recognition of economic and fiscal constraints has led to the establishment of several paramilitary and auxiliary forces, including the 40,000-member Bangladesh rifles; the Ansars and village defense parties organization, which claim 64 members in every village in the country; and a 5,000-member specialized police unit known as the armed police. In 2004, a new police unit called the Rapid Action Battalion (RAB) was constituted with personnel drawn from the military and different law enforcement agencies. RAB is designed to fight hardcore criminal gangs. Bangladesh Rifles, under the authority of the home ministry, are commanded by army officers who are seconded to the organization.

In addition to in-country military training, some advanced and technical training is done abroad, including grant aid training in the United States. China, Pakistan, and eastern Europe are the major defense suppliers to Bangladesh, but military leaders are trying to find affordable alternatives to Chinese equipment.