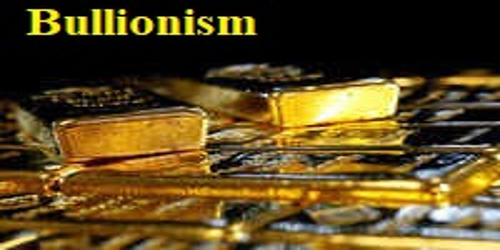 Bullionism is the name given to the essential features of economic thought in the first mercantilist era, during the XVI century. It is an economic theory that defines wealth by the number of precious metals owned. It is the monetary policy of mercantilism (q.v.), which called for national regulation of transactions in foreign exchange and in precious metals (bullion) in order to maintain a “favorable balance” in the home country. Bullionism is an early or primitive form of mercantilism. Spain, with which the policy is most closely associated, was preeminent in developing a colonial empire and drew from the New World great quantities of gold and silver during the 16th and 17th centuries. It was derived, during the 16th century, from the observation that the Kingdom of England, because of its large trade surplus, possessed large amounts of gold and silver— bullion— despite the fact that there was not any mining of precious metals in England. This led to the development in theory and practice of the idea of a favorable balance of trade that would increase the nation’s supply of gold and silver money. 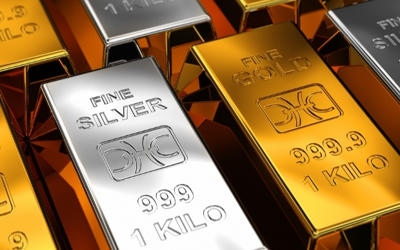 Thomas Milles (1550–1627) and others recommended that England increase exports create a trade surplus, convert the surplus into precious metals, and hinder the drain of money and precious metal to other countries. Nations attributed Spain’s greatness to its almost limitless supply of precious metals, which were thought to increase commerce and provide the sinews of war, for, with a full treasury, armies could be bought and a vigorous population could flourish.

Gerard de Malynes (1586–1641), another bullionist, published a book named A Treatise of the Canker of England’s Common Wealth, which asserted that the exchange of foreign currency had been a trade of value rather than exchanging the weight of metals. Therefore, the unfair exchange of precious metals by bankers and money changers would cause a deficit in the English balance of trade. According to this economic doctrine, the State acted directly, through laws and regulations on precious metals in order to make them enter the country and prevent them from leaving. To ban the flow of exchange rates, he demanded the strict fixing of exchange rates for coins, only by the concentration of precious metals and weights, and for strict regulation and monitoring of foreign trade. Spain, however, in draining precious metals from its colonies and buying goods and services from other states, lost its treasure and failed to develop the home industry.