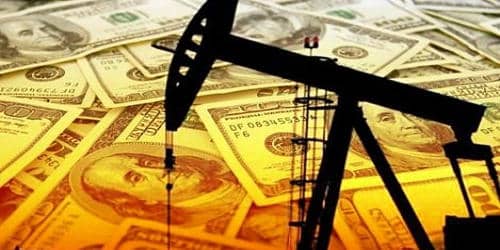 Capital in Economics point of view

Capital is defined as “All those man-made goods which are used in further production of wealth.” In economics, capital consists of assets that can enhance one’s power to perform economically useful work. Machinery, tools, and equipment of all kinds, buildings, railways, and all means of transport and communication, raw materials, etc., are included in capital. For example, a stone or an arrow is capital for a hunter-gatherer who can use it as a hunting instrument; similarly, roads are capital for inhabitants of a city. It is a term for financial assets, such as funds held in deposit accounts and/or funds obtained from special financing sources.

Capital can be held through financial assets or raised from debt or equity financing. It is distinct from land and other non-renewable resources in that it can be increased by human labor, and does not include certain durable goods like homes and personal automobiles that are not used in the production of saleable goods and services. Adam Smith defined capital as “That part of man’s stock which he expects to afford him revenue”. In economic models, capital is an input in the production function. 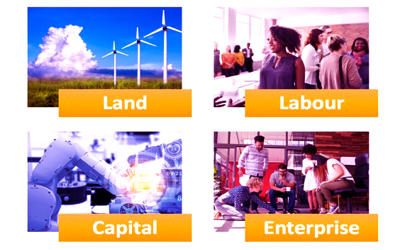 Fig: Capital in the factor of production

There are several classifications of capital in economics, which many company accountants divide into two categories:

Physical Capital– This category of capital is created by a labor force and is one of the factors of production. An example of physical capital would be buildings or machinery.

Natural Capital– This category of capital assets is any natural resource used in the production process. Examples of natural capital include minerals or land.

Capital has a number of related meanings in economics, finance, and accounting. Businesses will typically focus on three types of business capital: working capital, equity capital, and debt capital. In general, business capital is a core part of running a business and financing capital intensive assets. From a financial capital economics perspective, capital is a key part of running a business and growing an economy. In finance and accounting capital generally refers to financial wealth especially that used to start a business.

In economics, “Capital” means any material quantity that has value, and using which brings revenue to the business. The total physical capital at any given moment in time is referred to as the capital stock (not to be confused with the capital stock of a business entity). Capital goods, real capital, or capital assets are already-produced, durable goods, or any non-financial asset that is used in the production of goods or services.