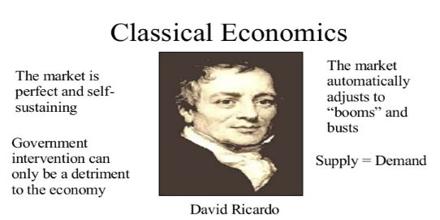 Classical Economics was a major intellectual achievement. It is a broad term that refers to the dominant economic paradigm of the 18th and 19th centuries. It is widely regarded as the first modern school of economic thought. Classical Economics assumes flexible prices both for goods and wages and predicts that supply can create its own demand; in other words, that production will generate enough income to allow its own products to be purchased.