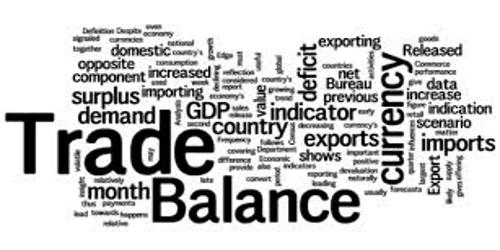 The balance of trade measures a flow of exports and imports over a given period of time. It is the difference in value over a period of time between a country’s imports and exports. A country that imports more goods and services than it exports in terms of value has a trade deficit while a country that exports more goods and services than it imports has a trade surplus. The notion of the balance of trade does not mean that exports and imports are “in balance” with each other. It is the calculation of a country’s exports minus its imports.

The formula for calculating trade balance is as follows: