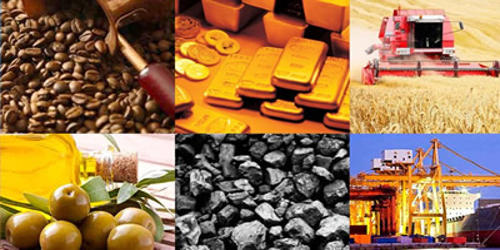 Commodity money has been used throughout history as a medium of economic exchange. It is money whose value comes from a commodity of which it is made. Commodity money consists of objects having value or use in themselves (intrinsic value) as well as their value in buying goods. It involves the use of an actual good in place of money (gold coin, tobacco, etc.). This is in contrast to representative money, which has little or no intrinsic value but represents something of value, and fiat money, which has value only because it has been established as money by government regulation.

Money makes the world go around. Money is a type of asset in an economy that is used to buy goods and services from other people. Economies rely on the exchange of money for products and services. A commodity is a physical item that is readily interchangeable with another item of the same type. Commodity money is a commodity that has intrinsic value. This means the money itself contains its own worth. It is not merely a token or representative of financial value as with banknotes or numbers on a computer screen and in a ledger. Intrinsic value means that the commodity has value even if it is not used as money. Economists define money, where it comes from, and what it’s worth. Here are the multifaceted characteristics of money. The longest reigning and best-loved form of commodity money remains gold and silver coins. In times of economic turmoil, such as severe economic depressions or hyperinflation, people sometimes turn to commodity money instead of the money authorized by their governments. Their history is legendary and stretches back five thousand years through times good, bad, and tragic.

Examples of commodities that have been used as media of exchange include gold, silver, copper, salt, peppercorns, tea, decorated belts, shells, alcohol, cigarettes, silk, candy, nails, cocoa beans, cowries, and barley. Any type of commodity is able to fulfill the role of commodity money. As long as the money’s value springs from the material from which it is comprised and not some arbitrary decree of a ruler or government representative, it is in fact hard money. Several types of commodity money were sometimes used together, with fixed relative values, in various commodity valuation or price system economies.

It is interesting that commodity money does not have to be inherently useful to the owner to have value for exchange. Few people have practical uses for gold or silver coins. These coins have dramatically high value because goldsmiths and jewelers are able to utilize them to produce costly jewelry or collectible items of great worth and because of their inherent scarcity. When societies choose to utilize such commodity money as metal coins for their official legal tender, it is up to the government in question to determine the fixed value of each coin in the currency lineup.