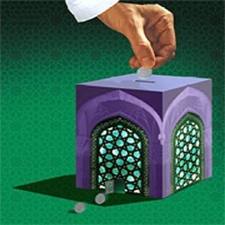 4.1Comparisons between Conventional and Islamic Banking

Interest which has been the basis of conventional banking is prohibited by Islam in unqualified term. Reminding this thing in mind and to harmonize banking practices with the requirements of Islamic ideals of social and economic life, Islami banking has been emerged. Islami banks operate on Islamic principles of profit and loss sharing and strictly avoiding interest which is the root of all exploitation and responsible for large scale inflation and unemployment.

The former (Conventional Banking) provides the depositors with a return of a predetermined rate known as interest rate on the amount deposit irrespective of the utility of the concerned deposit/ fund. Thus conventional bank offers its depositors a fixed return (rate/ percentage) of the deposit (say 10% on deposit). Such a return is called Interest.

The latter (Islamic Banking) provides the depositors with a share of income/ revenue the bank earns by deploying those funds. Islamic banking, among other prohibitions, permits neither to pay nor to receive interest. It offers its depositors an agreed share/ proportion of income it earns through investment of their fund (say 40% of earned income unlike a conventional rate variable such as 10% on deposit). In other words under Islamic Banking profit to depositors is essentially a consequence of Return on Investment (ROI)/ Return on Asset (ROA). In terms of cause and effect such profit is the effect. It is neither the cause nor is it the independent. The share of (gross) income/ revenue (fetched by the bank) thus paid to the depositors is called/ known as profit.

However the Islami banking is completely separate and distinctive from conventional in regard to its principles, objectives, goals, procedures and methodologies.

Though my internship was going on general banking operation of Islami banking branch of AB Bank Ltd, I have also studied including investment the other sides of banking for seeking the differences between the Conventional and Islami banking. Because the difference is very little in banking operation and deposit collection. Rather the differences are mainly on the mechanism, principles, objectives, goals, procedures, investment, return etc. I have also showed some graphical presentation of performance for practicing Islamic banking in my branch over Conventional banking.

4.2 Comparisons on the basis of Definition

“Islamic Bank is a financial institution whose statutes, rules and procedures expressly state its commitment to the principles of Islamic Shari’ah and to the banning of the receipt and payment of interest on any of its operations.” – OIC.

In the April of 1978 this definition was approved in the conference of foreign ministers of Muslim countries held at Dakar the capital of Senegal.

4.3 Comparisons on the basis of Objectives

4.4 Comparisons on the basis of Features

4.5 Comparisons on the basis of Principles

4.6 Comparisons on the basis of Functions

4.7 Comparisons on the basis of Social Responsibility

4.8 Comparisons on the basis of Deposit

The Mudaraba deposit accounts of Islamic banks I different from the Savings Bank account of a conventional bank. Mudaraba is a form of business contract where one party supplies money and the other manages the business by investing labour, skill and time. The Financier is called Shahib-al-Maal and the person who undertakes the venture is Mudarib.

Rate of Profit Distribution on Deposit

the total investment during an accounting year applying the following weightage-

Benefits of full weightage of yearly cumulation of profit shall become payable if withdrawn on maturity.

4.9 Comparisons on the basis of Investment

4.10 Comparisons on the basis of Accounting

The golden Rule is as under-

The differences are shown in the following page-

4.11 Comparisons on the basis of Performance

These differences are shown below-

We can see from the above graphs that the Deposits are rising in a higher level in the Islamic banking in compared to conventional banking of AB Bank Limited. Also the deposit percentage of Islami Banking branch is higher than the other branches of ABBL that practice conventional banking system.

Loans and advances of ABBL

Return on asset is one of the important indicators of measuring performance through which we can understand the rate of net profit after tax returned to the utilization of branch assets. As the branch does not separately give tax, I assume and calculate 45% tax given by the branch itself for the sake of my study. If we see the graphical presentation of return on Asset (ROA) of ABBL IBB, we can understand that the ROA of Islami Banking branch of AB Bank Ltd is increasing at about same rate with Overall performance of AB Bank Ltd after meeting up its primary loss of initializing the system. After 2006 the ROA is increasing here at a satisfactory rate in Islami banking branch for practicing even Shari’ah-based banking.

The concept of Islamic Banking is a very recent innovation to the Banking world. At the beginning the world was not familiar with Islamic Banking. In the very recent stage banking system was only understood a Capitalist system based on interest. Islamic Banking system emerged with its unique feature of interest free system. The focal point around which Islamic banking system revolved is the straight departure from interest. Based on the Shari’ah law all dealing, transaction, business approach, product feature, investment focus, responsibility of Islamic Banking lead to the significant difference in many part of the operations with as of the conventional. The growth of Islamic banking in Bangladesh is progressing day by day. The remarkable shifting or conversion of the conventional banks and their branches into the Islamic lines, signals high acceptance of the interest-free banking by the public in general. Moreover like their counterparts around the world, the Islamic Banks in Bangladesh as well as in Islami Banking branch of ABBL are also facing some legal and practical constraints. But  with only minor changes in their practices, Islamic banking can get rid of all their cumbersome, burdensome and sometimes doubtful forms of financing and offer a clean and efficient interest-free banking. All the necessary ingredients are already there. The modified system will make use of only two forms of financing — loans with a service charge and Mudaraba participatory financing — both of which are fully accepted by all the Muslims. Thus such a system will offer an effective banking system where Islamic banking is obligatory and a powerful alternative to conventional banking where both co-exist. Additionally, such a system will have no problem in obtaining authorization to operate in non-Muslim countries.

To sustain and develop the Islamic banking system with its ethical and intrinsic values system, Islamic banking practiced banks and branch of the country have to strive to solve the problems mentioned in the findings, which stand in the way of their growth and survival. However, the recommendations may be the following-