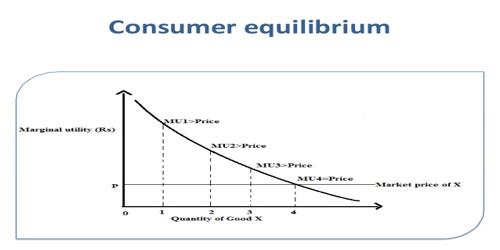 Cardinal Utility is the idea that economic welfare can be directly observable and given a value. Cardinal utility analysis is based on the cardinal measurement of utility which assumes that utility is measurable and additive.

Cardinal utility is an important concept in utilitarianism and neo-classical economics. Jeremy Bentham talked about utility as maximizing pleasure and minimizing pain. The consumption theory is based on the notion that consumer aims at maximizing his utility, and thus, all his actions and doings are directed towards the utility maximization. This theory was developed by neo-classical economists like Marshall, Pigou, Robertson etc. It is expressed as a quantity measured in hypothetical units which called utils. If a consumer imagines that one mango has 8 utils and an apple 4 utils, it implies that the utility of mango is twice than of an apple.

For example, people may be able to express the utility that consumption gives for certain goods. For example, if a Nissan car gives 5,000 units of utility, a BMW car would give 8,000 units.This is important for welfare economics which tries to put values on consumption. For example, allocative efficiency is said to occur when Marginal cost = Marginal Utility.

Rationality: It is assumed that the consumers are rational, and they satisfy their wants in the order of their preference. The consumer is assumed to the rational. He tries to maximize his total utility under the income constraint.

Cardinal Utility: The utility of each commodity is measurable. Utility is cardinal concept. The most convenient measure is money. Thus utility can be measured quantitatively in monetary units or cardinal units.

Constant Marginal Utility of Money: The utility derived from commodities are measured in terms of money. So, money is a unit of measurement in cardinal approach. Hence, marginal utility of money should be constant.

Diminishing Marginal Utility: If the stock of commodities increases with the consumer, each additional stock or unit of the commodity gives him less and less satisfaction. It means utility increases at a decreasing rate.