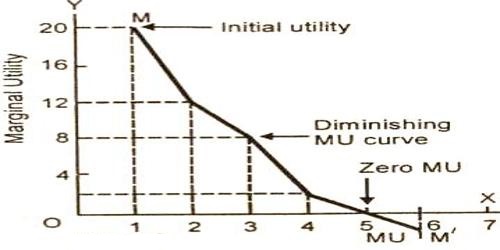 Depending on which theory of utility is used, the interpretation of marginal utility can be meaningful or not. Economists have commonly described utility as if it were quantifiable, that is, as if different levels of utility could be compared along a numerical scale. This has affected the development and reception of theories of marginal utility. Quantitative concepts of utility allow familiar arithmetic operations, and further assumptions of continuity and differentiability greatly increase tractability.

The economists observed that the value of diamonds was far greater than that of bread, even though bread, being essential to the continuation of life, had far greater utility than did diamonds, which were merely ornaments. This problem, known as the paradox of value, was solved by the application of the concept of marginal utility. Because diamonds are scarce and the demand for them was great, the possession of additional units was a high priority. This meant their marginal utility was high, and consumers were willing to pay a comparatively high price for them. Bread is much less valuable only because it is much less scarce, and the buyers of bread possess enough to satisfy their most pressing need for it. Additional purchases of bread beyond people’s appetite for it will be of decreasing benefit or utility and will eventually lose all utility beyond the point at which hunger is completely satisfied.