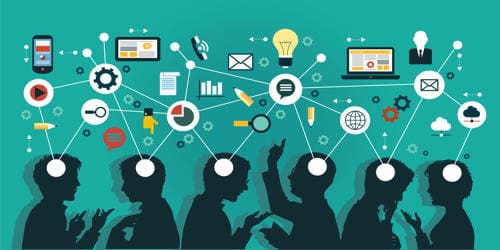 Consumerism is the protection or promotion of the interests of consumers. It is a social and economic order that encourages the acquisition of goods and services in ever-increasing amounts. It is the protection of the rights and interests of the general pool of buyers or an obsession with buying material goods or items. With the industrial revolution, but particularly in the 20th century, mass production led to overproduction—the supply of goods would grow beyond consumer demand, and so manufacturers turned to planned obsolescence and advertising to manipulate consumer spending. It is the movement seeking to protect and inform consumers by requiring such practices as honest packaging and advertising, product guarantees, and improved safety standards. In economics, the term consumerism is used to refer to economic policies that encourage consumption.

Consumerism is the practice and policies of protecting the consumer by publicizing defective and unsafe products, misleading business practices, etc. In 1899, a book on consumerism published by Thorstein Veblen, called The Theory of the Leisure Class, examined the widespread values and economic institutions emerging along with the widespread “leisure time” at the beginning of the 20th century. In an economic sense, it is related to the predominantly Keynesian idea that consumer spending is the key driver of the economy and that encouraging consumers to spend is a major policy goal. It is the theory that states people consuming goods and services in large quantities will be better off. In it, Veblen “views the activities and spending habits of this leisure class in terms of conspicuous and vicarious consumption and waste. Both are related to the display of status and not to functionality or usefulness.”

In economics, consumerism may refer to economic policies that emphasize consumption. In an abstract sense, it is the consideration that the free choice of consumers should strongly orient the choice by manufacturers of what is produced and how, and therefore orient the economic organization of a society. In this sense, consumerism expresses the idea not of “one man, one voice”, but of “one pound, one voice”, which may or may not reflect the contribution of people to society. However, consumerism has been widely criticized for its economic, social, environmental, and psychological consequences.