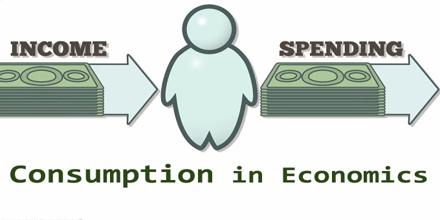 Consumption in Economics is the process in which the substance of a thing is completely destroyed, used up, or incorporated or transformed into something else. It’s function is a mathematical function that expresses consumer spending in terms of its determinants, such as income and accumulated wealth. Consumption of goods and services is the amount of them used in a particular time period. It can be defined in different ways, but is best described as the final purchase of goods and services by individuals. It is also often referred to as consumer spending.