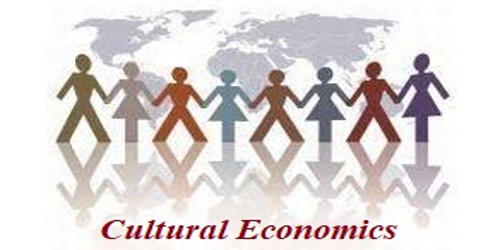 Cultural Economics investigates and analyses the contribution to and role of the creative industries and their products and services in the overall economy. It is the branch of economics that studies the relation of culture to economic outcomes. Here, ‘culture’ is defined by shared beliefs and preferences of respective groups. It is the subdivision of economics that studies the relationship between culture and economical values that created by culture itself. Culture is not only one of the most important elements of any society because of its intrinsic, aesthetic, unifying, or other intangible values but it also generates a great deal of economic activity. This activity is among the subjects of study in cultural economics.

The concept emerged in the mid-90s of the twentieth-century in the social sciences. As a corollary, since the early 1990s, social science researchers from different fields (cultural studies, economy, sociology, or geography) have been emphasizing the growing importance of culture, meaning, or ‘signs’ in the development of modern capitalism. Programmatic issues include whether and how much culture matters as to economic outcomes and what its relation is to institutions. There has been a broad discussion around a precise definition and its composition in terms of sectors of activity; however, it is a concept to which is assigned different meanings. As a growing field in behavioral economics, the role of culture in economic behavior is increasingly being demonstrated to cause significant differentials in decision-making, and the management and valuation of assets. In some cases, it contextualizes the cultural and creative industries and in other it relates to the economic exploitation of the culture of a society. On the one hand, culture is nowadays a consumption output made of goods and services representing 5% or more of household expenses in most capitalist advanced countries.

The cultural economy can be defined as a set of activities commercially exploiting artistic, aesthetic, and semiotic creativity. Applications include the study of religion, social capital, social norms, social identity, fertility, beliefs in redistributive justice, ideology, hatred, terrorism, trust, family ties, long-term orientation, and the culture of economics. Such industries tend to concentrate on – and support the growth of – many prominent metropolises around the world. A general analytical theme is how ideas and behaviors are spread among individuals through the formation of social capital, social networks, and processes such as social learning, as in the theory of social evolution and information cascades. Since culture is increasingly embedded in the economic life of the industrial capitalist countries, it can no longer be exclusively regarded as a broad intellectual and symbolic activity embedded in social life. Methods include case studies and theoretical and empirical modeling of cultural transmission within and across social groups. In 2013 Said E. Dawlabani added the value-systems approach to the cultural emergence aspect of macroeconomics.