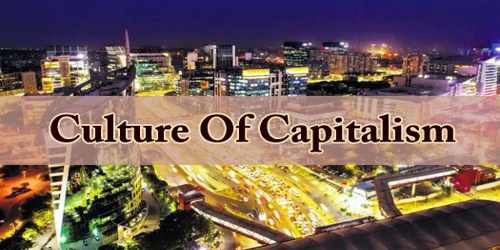 The word “culture” comes from the Latin cuitus, which means “care” and from the French colere which means “to fill” as in “till the ground.” There are a number of words associated with culture. For example, there is the term “cult” which suggests something religious or sacred. We are continually amazed at the power cults to have to shape people’s behavior, to brainwash them to turn intelligent and educated people into fanatics. Here we are dealing with the power of charismatic personalities and of groups over individuals. If cults can exercise enormous power over individuals and groups of people, can’t we say that cultures also can do the same thing, though not to as extreme a degree, generally speaking.

Actually, Culture is one of the more complicated words we will be dealing with. One of the problems we encounter is that there are a number of different meanings attached to the term. We think of culture two ways: one in terms of aesthetic matters (relative to the arts) and also as a concept used by anthropologists to describe a people’s way of life.

The culture of capitalism or capitalist culture is the set of social practices, social norms, values, and patterns of behavior that are attributed to the capitalist economic system in a capitalist society. Capitalist culture promotes the accumulation of capital and the sale of commodities, where individuals are primarily defined by their relationship to business and the market. The culture is composed of people who, behaving according to a set of learned rules, act as they must act in order to survive in capitalist societies.

Elements of capitalist culture include the mindset of business and corporate culture, consumerism, and working-class culture.

Capitalism has emerged as a central theme for research in the humanities. Since the global economic crisis of 2008, it has become clear that scholars are returning to fundamental theoretical questions about the capitalist world-system.

Definitions of capitalism usually refer to a historically specific set of relations between social classes. The complex social relations of capitalist society have often been represented in various forms of cultural production, from novels to films. The emergence of the category of “civil society” is a pivotal event not only in intellectual history but also in the history of the contemporary market economy.

While certain political ideologies, such as neoliberalism, assume and promote the view that the behavior that capitalism fosters in individuals is natural to humans, anthropologists like Richard Robbins point out that there is nothing natural about this behavior people are not naturally dispossessed to accumulate wealth and driven by wage-labor.

Political ideologies such as neoliberalism abstract the economic sphere from other aspects of society (politics, culture, family, etc., with any political activity constituting an intervention into the natural process of the market, for example) and assume that people make rational exchanges in the sphere of market transactions.

However, applying the concept of embeddedness to market societies, the sociologist Granovetter demonstrates that rational economic exchanges are actually heavily influenced by pre-existing social ties and other factors.

In a capitalist system, society and culture revolve around business activity (the accumulation of capital). As such, business activity and the market exchange are often viewed as being absolute or “natural” in that all other human social relations revolve around these processes (or should exist to facilitate one’s ability to perform these processes).

Capitalism has constructed its economic activity into an interlinked core and periphery. An increasingly marketized state is used to facilitate new forms of capital accumulation extending markets and corporate profit-making into the public sector and non-market social spheres of life. The production process extends beyond output to conscript culture, knowledge, and individual effect. Promotional culture mobilizes thinking, imagination, and sensibility as businesses attempt to capture customer loyalty. The market creates its own relational cultures in which consumers become co-producers of cultural meaning. It is a capitalism that seeks intimacy. It manufactures social relations in an attempt to embed commercial transactions in personal and daily life. The industrial modernity of class and the producer has given way to a more individualized society of the consumer.