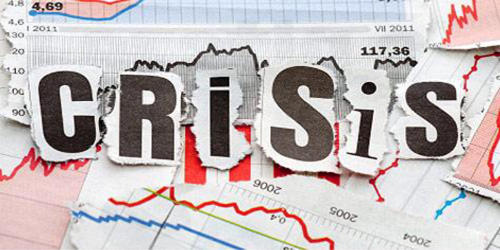 A currency crisis is a term used to refer to a type of financial crisis that encompasses an acute devaluation of a currency. It is a situation in which serious doubt exists as to whether a country’s central bank has sufficient foreign exchange reserves to maintain the country’s fixed exchange rate. Most international investors have experienced a currency crisis at some point in their lifetimes. The primary cause of these crises in the past has been a central bank’s failure to maintain a fixed rate peg to a floating rate foreign currency. The crisis is often accompanied by a speculative attack in the foreign exchange market. A currency crisis results from a chronic balance of payments deficits, and thus is also called a balance of payments crisis. Often such a crisis culminates in a devaluation of the currency. Investors should always be cognizant of currency dynamics when making investment decisions.

A currency crisis is a type of financial crisis, and is often associated with a real economic crisis. It is caused by underlying factors ranging from central bank policies to pure speculation—and they’re often difficult to predict in advance. A currency crisis raises the probability of a banking crisis or a default crisis. During a currency crisis, the value of foreign-denominated debt will rise drastically relative to the declining value of the home currency. It may be precipitated by governments, investors, central banks, or any combination of actors. Financial institutions and the government will struggle to meet debt obligations and economic crisis may ensue. Causation also runs the other way. The probability of a currency crisis rises when a country is experiencing a banking or default crisis. Unlike a currency devaluation as part of a trade war, a currency crisis is not a purposeful event and is to be avoided. To offset the damage resulting from a banking or default crisis, a central bank will often increase currency issuance, which can decrease reserves to a point where a fixed exchange rate breaks. It is when there is a sharp depreciation (or at times, an appreciation) in the value of a currency. In most cases, a currency crisis is not an isolated event and usually follows a financial or socio-political crisis.

Currency crises can be especially destructive to small open economies or bigger, but not sufficiently stable ones. Central banks and governments can intervene to help stabilize a currency by selling off reserves of foreign currency or gold, or by intervening in the forex markets. Governments often take on the role of fending off such attacks by satisfying the excess demand for a given currency using the country’s own currency reserves or its foreign reserves (usually in the United States dollar, Euro or Pound sterling).

When a currency crisis occurs, it can have a significant impact which can affect all spheres of the economy, including the day to day lives of regular people. Currency crises have large, measurable costs on an economy, but the ability to predict the timing and magnitude of crises is limited by a theoretical understanding of the complex interactions between macroeconomic fundamentals, investor expectations, and government policy. A currency crisis may also have political implications for those in power. Although modern currency crises are associated with rapid hyperinflation and sustained degradation of political and financial institutions, hyperinflation and currency crises are separate phenomena.