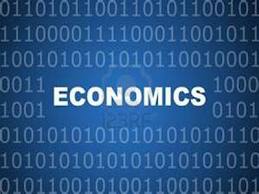 “Economics is a study of how men and society ‘choose’ with of without the use of money, to employ scarce productive uses resources which could have alternative uses, to produce various commodities over time and distribute them for consumption, now and in the future among the various people and groups of society. “

According to Adam Smith (Early Definition : As the Science of Wealth; 1776)

“Economics is concerned with the enquiry into the nature and Cause of wealth of nation.” According to Alfred Marshall ( Marshallian Definition : As the Science of Material Welfare; 1890):

“Economics is the science of mankind in the ordinary business of life; it examines that part of individual and social action which is most closely connect with the attainment and with the use of the material requisites of well being “

According to Lionel Robinson ( Robinson’s Definition : As the Science of Choice; 1931 ):

According Paul Samuelson ( Modern Definition : On the basis of the concept of growth criteria ):

Thus we can conclude the definition of Economics as;

Economics is a social science concerned with the way the society chooses to employ its limited resources, which have alternative uses to produce goods and services for present and future purposes or consumption.