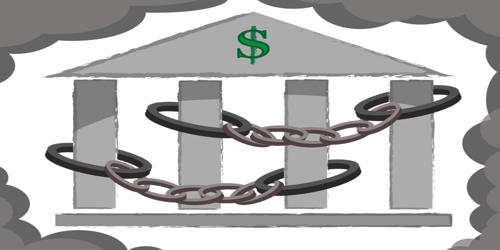 Deregulation involves removing government legislation and laws in a particular market. It is the process of removing or reducing state regulations, typically in the economic sphere. It often refers to removing barriers to competition. It is the repeal of governmental regulation of the economy. It is the reduction or elimination of government power in a particular industry, usually enacted to create more competition within the industry. It became common in advanced industrial economies in the 1970s and 1980s, as a result of new trends in economic thinking about the inefficiencies of government regulation, and the risk that regulatory agencies would be controlled by the regulated industry to its benefit, and thereby hurt consumers and the wider economy. For example, in the UK, many industries used to be a state monopoly – BT, British Gas, British Rail, local bus services, Royal Mail.

Economic regulations were promoted during the Gilded Age, in which progressive reforms were touted as necessary to limit externalities like corporate abuse, unsafe child labor, monopolization, pollution, and to mitigate boom and bust cycles. It removes a regulation that interferes with firms’ ability to compete, especially overseas. Around the late 1970s, such reforms were deemed as burdensome on economic growth and many politicians espousing neoliberalism started promoting deregulation. However, deregulation allowed new firms to enter these markets and reduce the monopoly power of these state-owned industries.

Another type of deregulation is where the government removes controls and statues relating to the financial sector. For example, to deal with financial instability, governments have placed requirements banks keep a certain percentage of deposits in liquid assets. The stated rationale for deregulation is often that fewer and simpler regulations will lead to raised levels of competitiveness, therefore higher productivity, more efficiency, and lower prices overall. Opposition to deregulation may usually involve apprehension regarding environmental pollution and environmental quality standards, financial uncertainty, and constraining monopolies. It’s when the government (at any level: federal, state/province, or local) reduces or eliminates regulations it previously put in place.

Deregulation can be distinguished from privatization, where privatization can be seen as taking state-owned service providers into the private sector. Regulation supporters admit that regulations can suppress economic activity, but they say that cost is worth what we gain.