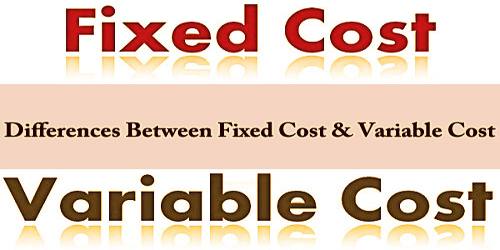 Fixed Cost – Fixed costs are referred to as those costs which do not record a change with an increase or decrease in a company’s quantity of goods produced. Unlike variable costs, fixed costs for a company do not vary with the production volume. Fixed costs are those costs that a business will bear regardless of output rates. Lease and rent payments, utilities, insurance, some salaries, and interest payments are the most common examples of fixed costs.

The key differences between ‘Fixed Cost’ and ‘Variable Cost’:

The more a company has fixed costs, the more sales it needs to break even, which means it will work harder to manufacture and sell its goods. Although variable costs tend to stay constant, the effect of the fixed costs on the bottom line of business may change depending on the number of products it produces.