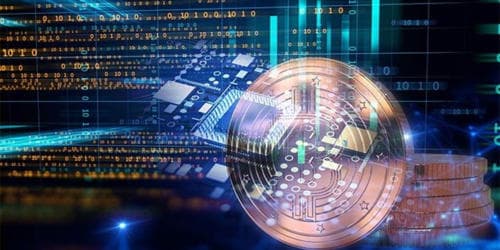 Digital currencies exhibit properties similar to other currencies but do not have a physical form of banknotes and coins. It is exchanged using technologies such as smartphones, credit cards, and online cryptocurrency exchanges. Although it is similar to physical currencies, digital money allows borderless transfer of ownership as well as instantaneous transactions. Not having a physical form, they allow for nearly instantaneous transactions. Usually not issued by a governmental body, virtual currencies are not considered a legal tender and they enable ownership transfer across governmental borders. These currencies can be used to purchase goods and services but can also be restricted to certain online communities such as gaming or social networks.

These types of currencies may be used to buy physical goods and services, but may also be restricted to certain communities such as for use inside an online game. As payments are made directly between payors and payees, digital currencies can eliminate intermediaries, process steps, and costs related to infrastructure, unlike traditional payment methods which cannot bypass banks or clearinghouses. One type of digital currency is often traded for another digital currency using arbitrage strategies and techniques. It exhibits properties similar to physical currencies but can allow for instantaneous transactions and borderless transfer-of-ownership.

Digital money can either be centralized, where there is a central point of control over the money supply, or decentralized, where the control over the money supply can come from various sources. Banks have been able to keep their cost-of-business lower thanks to digital money since they do not need to pay rent on as many physical locations or keep paying for retail employees they don’t need. At present, digital currencies are not accepted by banks, and as a result, interest cannot be earned on them by individuals or organizations.