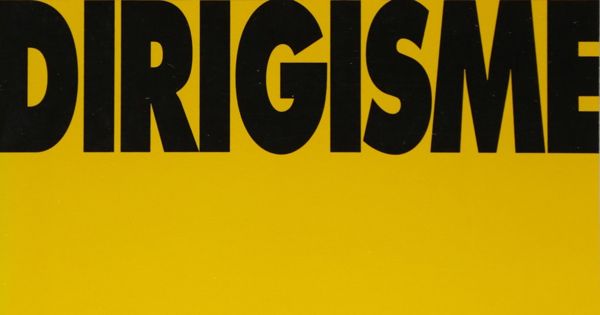 Dirigisme means state control of economic and social matters. It is also known as, dirigisme, is an economic doctrine in which the state plays a strong directive role as opposed to a merely regulatory or non-interventionist role over a capitalist market economy. It is an approach to economic development emphasizing the positive role of state intervention.

Dirigisme is a system in which the government has a lot of control over a country’s economy.

As an economic doctrine, dirigisme is the opposite of laissez-faire, stressing a positive role for state intervention in curbing productive inefficiencies and market failures. The term dirigisme is derived from the French word diriger (“to direct”), which signifies the control of economic activity by the state. Dirigiste policies often include indicative planning, state-directed investment, and the use of market instruments (taxes and subsidies). Preventing market failure was the basic rationale of this approach.

It means any economy in which the government exerts a strong directive influence, often with substantial, but not all, of the characteristics of a centrally planned economy. The term emerged in the post-war era to describe the economic policies of France which included substantial state-directed investment, the use of indicative economic planning to supplement the market mechanism, and the establishment of state enterprises in strategic domestic sectors. Dirigiste policies often include centralized economic planning, directing investment, controlling wages and prices, and supervising labor markets.

It is the practice or inclination to direct (activities) by a central authority; as, the linguistic dirigisme of prescriptivists clashes with the modern tendency toward acceptance of multiculturalism. It coincided with both the period of substantial economic and demographic growth known as the Trente Glorieuses which followed the war and the slowdown beginning with the 1973 oil crisis. Although dirigisme has undoubtedly given way to a more market-centered political economy in these countries, the state is still arguably active in various ways.