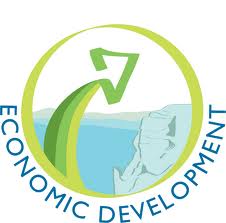 A country maintains and develops trade relations with other countries because it gains by doing so. Commodities are imported because either they cannot be produced in the country at all or can be produced at a very high cost. Import of such commodities by the country is, therefore, convenient and cheaper. In exchange for imports, the country has to export certain commodities which it can produce but which are not produced in some other countries, and for the production of which its resources are well suited. Thus foreign trade is a source of considerable gain for a country.

Bangladesh is not an exception to this. Because foreign trade is of vital importance to the economic development of Bangladesh. . In order to finance imports and also to reduce the country’s dependence on foreign aid grants, the government, since liberation, has been trying to enhance foreign exchange earnings through planned and increased exports. In the field of commerce the main task of the government is to make Bangladesh economy strong and dynamic enabling it to face the challenges of rapidly changing world trade system.

Nearly all sector contributed to the GDP growth, particularly significant were the growth of the export-oriented sectors, inflow of remittances and some service sectors like transport and communication. In that case foreign exchange operation of JBL plays an important role in the economic development of Bangladesh.

In Case of Import:

The total import business handled by the Bank in 2009 was Tk.46684.73 million compared to Tk.30311.71 million in the preceding year registering a rise of Tk.1673.02 million being 54.02 percent. A sizeable L/C’s were also opened by the Bank in the year under review. The import items included industrial raw materials, machinery, consumer goods, fabrics, accessories etc.

From the above table I see that there is up and down in the import position. Growth of JBL is hindered because of unsuitable economic condition in 2008 and in 2009 JBL recorded a significant growth of 16373. The expansion of import is responsible for the deterioration of the trade balance of JBL.

To have a clear idea, the growth of JBL is presented below graphically: Global recession fall in the price of commodities due to decrease in the production as a result importer imported less, in spite of that we can see a sudden increase in 2009 because of natural disaster such as devastating cyclone, price hike of oil and other commodities in the world market.

Jamuna Bank Limited has opted quality financing while facilitating import trade in2009. Import payment during FY09 amounted to US$21.60 billion (27.3%of GDP) compared to US$17.16 billion (25.1%of GDP) in FY08. This shows an upward trend in import cost.

Though higher import than export is not good but some cases this position helps to the country’s development. Like by increasing the import JBL facilitate port facility, creating employment facility , by importing machineries, raw materials it can increase country’s production ultimately increase the export and thus it develop BD’s economy.

In Case of Export:

For the clearance a graph is given below:

From The above Chart we are seeing that the Yearly Export growths are increasing. So JBL are developing their export position and earning foreign currency and that increase the financial position of the JBL.

In Case of Remittance:

Remittance is the single largest sector in terms of achieving net foreign exchange. This has been used in financing the import of capital goods and raw materials for industrial development. Remittance also helps on the overall growth of JBL, which is shown in following table:

To have a clear idea, the growth of JBL is presented below graphically:

The bank has made provision of BDT 665.80 million for corporate tax in 2009 against BDT 658.34 million in 2008. The bank has also contributed to the economy by generating employment of 1115 full time officials. In the intermediation process, the bank mobilized resources of BDT 49538.36 million from the surplus economic unit and deployed BDT 41993.95 million in 2009. The bank has made top most significant contribution to Readymade Garments sector by handling export Letters of Credit.

SWOT analysis is an important tool for evaluating the company’s Strength, Weakness, opportunities, and Treats. It helps the organization to identify how to evaluate its performance and scan the macro environment, which in turn would help organization to navigate in the turbulent ocean of competition. Problem Identification

Bank is the most common type financial intermediary in todays globalizes world. Banks play important constructive role in the economy. Banking sector of Bangladesh quite positively contributing to its economy. In today’s globalizes world it’s impossible to stay without transacting among two countries i.e. foreign trade and banks are the only safe way transacting international transactions. The different nationalized and privatized banks are providing services among them foreign exchange services are important for globalized transactions. As a commercial bank of Bangladesh Jamuna Bank Limited is providing different services along with foreign exchange services. JBL is trying to establish is a stable position in competitive market and providing positive contribution to economy through different services as well as foreign exchange services. JBL foreign exchange department facilities not only induce export-import and private transactions but also help to encourage economic development of Bangladesh. The new mode of planned advance facilities that will be enforced in future by Jamuna Bank Limited for improving service quality. So I hope as Jamuna Bank Limited has great chance of being one of the leading banks of Bangladesh by enforcing its available opportunities and will highly contribute to the economic development of Bangladesh in future.