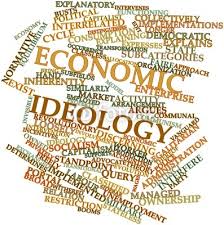 Capitalism and socialism are considered the two most common kinds of economic ideology. Capitalism is aimed at the idea in which governments should refrain from involvement in business along with the economy. Capitalists believe that economic markets needs to be privately controlled and also driven strictly through profits. Socialism follows an idea that government should regulate economic concerns and this all citizens should have an equal possiblity to share in the benefits.