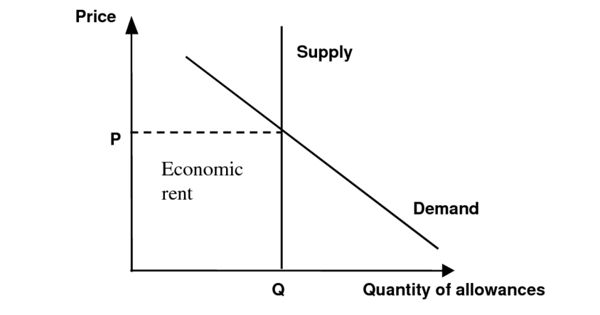 Economic rent is an amount of money earned that exceeds that which is economically or socially necessary. In economics, it is any payment to an owner or factor of production in excess of the costs needed to bring that factor into production. This can occur, for example, when a buyer working to attain a good or service that is considered exclusive makes an offer prior to hearing what a seller considers an acceptable price. It also explains the high value of exclusive intangible assets, such as patents and permits. Together, these are also known as scarcity rents.

Economic rent is the difference between the marginal product and opportunity cost. It also explains the high value of exclusive intangible assets, such as patents and permits.

Economic rent can appear in several contexts, including labor markets, real estate, and monopolies. In classical economics, it is any payment made (including imputed value) or benefits received for non-produced inputs such as location (land) and for assets formed by creating official privilege over natural opportunities (e.g., patents). Market imperfections thus lead to the rise of economic rents; it would not exist if markets were perfect since competitive pressures would drive down prices.

Economic rents often arise from market inefficiencies or information asymmetries. In the moral economy of neoclassical economics, economic rent includes income gained by labor or state beneficiaries of other “contrived” exclusivity, such as labor guilds and unofficial corruption. In the moral economy of the economics tradition broadly, economic rent is opposed to producer surplus, or normal profit, both of which are theorized to involve productive human action. 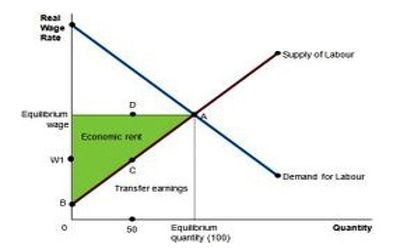 The concept of economic rent can be used to describe gaps in the incomes of individuals in a given economy. It is viewed as unearned revenue while economic profit is a narrower term describing surplus income earned by choosing between risk-adjusted alternatives. Unlike economic profit, economic rent cannot be theoretically eliminated by competition because any actions the recipient of the income may take such as improving the object to be rented will then change the total income to contract rent. Still, the total income is made up of economic profit (earned) plus economic rent (unearned). It is different from the everyday term of rent that is generally used to describe a payment for the use of buildings including the land that the buildings are on.