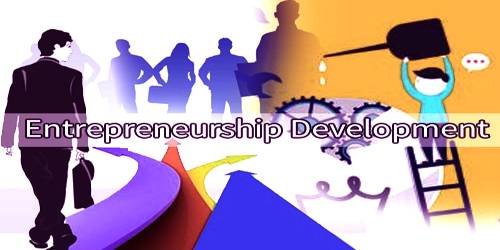 Entrepreneurship Development of Bangladesh after Liberation of 1971

The country inherited a shattered economy after the war of liberation of 1971. Mills and factories were closed down, agricultural production was interrupted and infrastructural facilities like roads, bridges, railways, power transmission lines, a telephone network, gas pipelines etc. were broken down. Because of the political commitment and also because of the exodus of non-Bengali owners, of mills, factories and banks the government had nationalized all such establishments immediately after liberation. Within a few years after independence, the government policy was changed and the role of the private sector given due importance. The disinvestment and denationalization policies have facilitated the ownership of large, medium and small industrial and commercial enterprises by Bengali entrepreneurs, although the nature and size of the public sector continued to dominate in Bangladesh, which promoted the development of state entrepreneurship in the country. The government, however, brought changes in trade and industrial policies alongside the monetary and exchange rate policies. Import controls were considerably relaxed to reduce the level of protection, thus encouraging efficiency in resource allocation and promotion of competitive abilities of domestic industries.

In the absence of a developed stock market and in a situation when private individuals had little capacity to accumulate capital, institutional sources of finance like the Bangladesh development bank (BDB) and investment corporation Bangladesh (ICB) acted as prime movers for industrial development in Bangladesh. Most, if not all, of the industrialists, are indebted to these financial institutions. Currently, nationalized commercial banks (NCBs) and private banks have also stepped into industrial financing. Many entrepreneurs can also mobilize capital from the stock market. BDB has so far provided term loans to establish 2467 industrial undertakings. Besides, the Bangladesh Small and Cottage Industries Corporation (BSCIC) under its different programmers have so far facilitated the creation of around 180 entrepreneurs engaged in small enterprise. ICB has so far provided underwriting; bridge financing, equity financing, debenture financing etc. to over 400 public-limited companies. BSCIC industrial estates and export processing zone (EPZ) authorities have provided a large number of entrepreneurs with infrastructural facilities including land for industrial, location, water, power, sewerage, gas, telephone, extension and counselling services and store and warehousing facilities.

In Bangladesh, quite a number of entrepreneurial ventures have been the creation of corporate spin-offs. They embarked upon new ventures with the experience and skill that they gathered while serving an enterprise. These spin-offs have been found to be very successful because they have the necessary experience and skill in managing and ruing an enterprise. What they needed was only a little back-up support. Such support gave them a big push and they proved themselves to be very successful as entrepreneurs. In Bangladesh, the garment industry has been the creation of spin-offs. Similarly, many chemical engineers starting their career in the Chemical Industries Corporation ultimately left their jobs and started new chemical/ pharmaceuticals enterprises.

The “dholaikhal case” in Bangladesh is an example of emulating entrepreneurship that matches the experience of countries like, Japan, Hong Kong and Taiwan in the growth of entrepreneurship during the early years of economic development through the emulative dexterity of their people. Gradually, the emulative capability of local entrepreneurs helped indigenous technology to flourish, and this, under active government, patronage, facilitated the growth of entrepreneurship. The light engineering workshops and servicing units located in the Dholai Khal area of old Dhaka have made remarkable strides in manufacturing spare parts, components, accessories etc. on the basis of models/samples imported from abroad. But these small entrepreneurs are working under serious limitations, which include lack of precision tools, outdated or obsolete machinery, and lack of technical and training assistance, storage of funds, insufficient space, lack of designs and samples, and lack of quality raw materials.