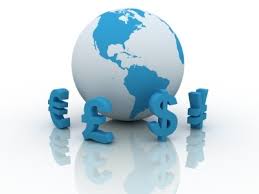 Foreign Exchange Market allows currencies to be exchanged to facilitate international trade and financial transactions. Evolution of the market in Bangladesh is closely linked with the exchange rate regime of the country. It had virtually no foreign exchange market up to 1993. Bangladesh bank, as agent of the government, was the sole purveyor of foreign currency among users. It tried to equilibrate the demand for and supply of foreign exchange at an officially determined exchange rate, which, however, ceased to exist with introduction of current account convertibility. Immediately after liberation, the Bangladesh currency taka was pegged with pound sterling but was brought at par with the Indian rupee. Within a short time, the value of taka experienced a rapid decline against foreign currencies and in May 1975, it was substantially devalued. In 1976, Bangladesh adopted a regime of managed float, which continued up to August 1979, when a currency-weighted basket method of exchange rate was introduced. The exchange rate management policy was again replaced in 1983 by the trade-weighted basket method and US the dollar was chosen as intervention currency. By this time a secondary exchange market (SEM) was allowed to grow parallel to the official exchange rate. This gave rise to a curb market.

The amount of foreign exchange holdings by the authorized dealers are subject to open position limits prescribed by Bangladesh Bank, which itself purchases and sells dollars from and to the dealers on spot basis. The size of each such transaction with Bangladesh Bank is required to be in multiples of $10,000, subject to a minimum of $50,000. In addition to authorized dealers, there are registered moneychangers to buy foreign currencies from tourists and sell them to outgoing Bangladeshi travelers as per entitlement. Their excess holdings beyond the permitted balance are required to be retained with authorized dealers. Some service institutions like hotels and shops have also obtained limited money changing licenses to accept foreign currencies the foreign tourists, but those are to be sold to authorized dealers. Transactions by customers take place mainly to satisfy customer demand for individual needs and to facilitate export, import, and remittances.

Before deregulation of foreign exchange market the volume of inter-bank transaction was low. The assured access to funds from Bangladesh Bank at known cost as well as the assured buy-sell margins and transaction fees contained in the pre-determined exchange rate provided little inducement for authorized dealers to engage in inter-bank transactions. However, the situation has been changing and the reliance of authorized dealers on the Bangladesh Bank is gradually declining.

The phenomenal growth of inter-bank transactions was due mainly to relaxation of exchange control regulations and expansion of the activities of the Bangladesh Foreign Exchange Dealers Association (BAFEDA) formed on 12 August 1993.

The-inter bank foreign exchange market of Bangladesh is still at its rudimentary stage. The market is an oligopolistic one and is dominated by a few relatively large banks, which have remained only as dealers instead of developing themselves into buyers or sellers. The most widely used practice is spot transaction; this covers 95% of the total transactions. Only forward transactions offer protection against foreign exchange risks. Deals in foreign exchange market are usually confirmed over telephone, followed by a written advice. Confirmed deals may be cancelled on payment of necessary costs.

There also exists a kerb market, where currency racketeers transact foreign currencies through a chain of middlemen. This market emerged in the restricted regime of foreign exchange transaction but continues to be active. This market operates in the alleys or lanes and by-lanes of Dhaka city around the foreign exchange branches of authorized banks. Dealers of hundi also form part of this market. A sizeable amount of foreign currencies is channeled through this market every year.

Up to 1990, multiple exchange rates were allowed under different names of export benefit schemes such as, Export Bonus Scheme, XPL, XPB, EFAS, IECS, and Home Remittances Scheme. This led to a wide divergence between the official rate and the SEM rate. The situation also gradually gave rise to a number of conflicting regulations, poor risk management, and various types of implicit or explicit government guarantees to the users of foreign exchange. This resulted in a number of macro-economic imbalances prompting the government to adjust the official rate in phases and to liquidate its difference with the rate at SEM. The two rates were finally unified in January 1992. The first step towards currency convertibility was taken on 17 July 1993 and this marked the beginning of a relatively open foreign exchange market in the country. Until then the Bangladesh Bank used to declare mid-rate along with the buying and selling rates for dollar applicable to authorized dealers. Initially the spread was BDT 0.10, which was gradually widened to BDT 0.30.

At present, the system of exchange rate management in Bangladesh is to monitor the movement of the exchange rate of taka against a basket of currencies through a mechanism of real effective exchange rate (RFER) intended to be kept close to the equilibrium rate. The players in the foreign exchange market of Bangladesh are the Bangladesh Bank, authorized dealers, and customers. The Bangladesh Bank is empowered by the Foreign Exchange Regulation Act of 1947 to regulate the foreign exchange regime. It, however, does not operate directly and instead, regularly watches activities in the market and intervenes, if necessary, through commercial banks. From time to time it issues guidelines for market participants in the light of the country’s monetary policy stance, foreign exchange reserve position, balance of payments, and overall macro-economic situation. Guidelines are issued through a regularly updated Exchange Control Manual published by the Bangladesh Bank.

The interbank market is the top-level foreign exchange market where banks exchange different currencies.[1] The banks can either deal with one another directly, or through electronic brokering platforms. The Electronic Brokering Services (EBS) and Reuters Dealing 3000 Matching are the two competitors in the electronic brokering platform business and together connect over 1000 banks. The currencies of most developed countries have floating exchange rates. These currencies do not have fixed values but, rather, values that fluctuate relative to other currencies.

The interbank market is an important segment of the foreign exchange market. It is a wholesale market through which most currency transactions are channeled. It is mainly used for trading among bankers. The three main constituents of the interbank market are:

The interbank market is unregulated and decentralized. There is no specific location or exchange where these currency transactions take place. However, foreign currency options are regulated in the United States and trade on the Philadelphia Stock Exchange. Further, in the U.S., the Federal Reserve Bank publishes closing spot prices on a daily basis.

Foreign Exchange Reserves also known as Official Reserves and International Reserves are the foreign assets held or controlled by the central banks. The reserves themselves can either be gold or a specific currency like the dollar or the euro. They can also be special drawing rights and marketable securities denominated in foreign currencies like treasury bills, government bonds, corporate bonds and equities and foreign currency loans. The reserves are generally used to finance the balance of payments imbalances or to control exchange rates.