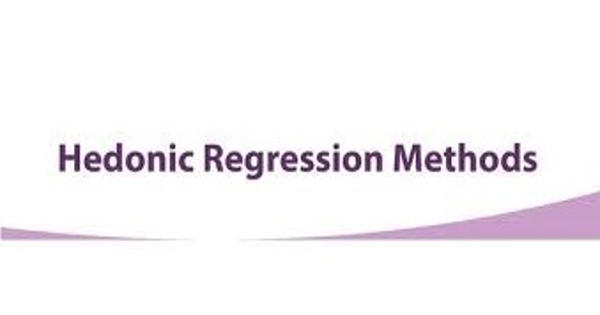 Hedonic regression is the use of a regression model to estimate the influence that various factors have on the price of a good, or sometimes the demand for a good. In economics, hedonic regression theory is a revealed preference method of estimating the demand for a good, or equivalently its value to consumers. In a hedonic regression model, the dependent variable is the price (or demand) of the good, and the independent variables are the attributes of the good believed to influence utility for the buyer or consumer of the good. It breaks down the item being researched into its constituent characteristics and obtains estimates of the contributory value of each characteristic. It is the application of regression analysis to estimate the impact that various factors have on the price or demand for a good. This requires that the composite good being valued can be reduced to its constituent parts and the market values of those constituent parts. Hedonic models are most commonly estimated using regression analysis, although more generalized models exist, such as sales adjustment grids. It is commonly used in real estate pricing and quality adjustment for price indexes.

“In economics, hedonic regression theory is a revealed preference method of estimating the demand for a good, or equivalently its value to consumers.”

An attribute vector, which may be a dummy or panel variable, is assigned to each character or group of characteristics. Hedonic pricing is a revealed-preference method used in economics and consumer science to determine the relative importance of the variables which affect the price of or demand for a good or service. Hedonic models can accommodate non-linearity, variable interaction, or other complex valuation situations.

The hedonic regression method recognizes that heterogeneous goods can be described by their attributes or characteristics. Hedonic models are commonly used in real estate appraisal and real estate economics, as houses have a variety of easily-measured traits (Such as the number of rooms, overall size, or distance from certain amenities) which make them more amenable to hedonic regression models than most other goods. Regression techniques can be used to estimate those marginal contributions or shadow prices. Hedonic regression is also used in consumer price index (CPI) calculations, where it is used to control for the effects of changes in product quality. The price of any good in the CPI basket can be modeled as a function of a set of attributes, and when one or more of these attributes change, its estimated impact on the price can be calculated. Price changes that are due to substitution effects are subject to hedonic quality adjustments.