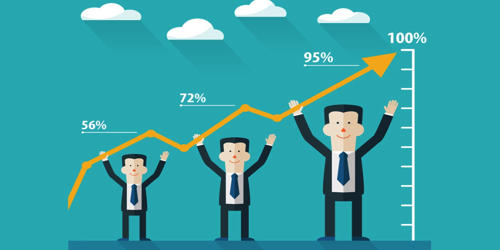 An incentive is a contingent motivator. It is a thing that motivates or encourages someone to do something. Traditional incentives are extrinsic motivators that reward actions to yield the desired outcome. It is something that incites or tends to incite to action or greater effort, as a reward offered for increased productivity. The effectiveness of traditional incentives has changed as the needs of Western society have evolved. However, incentives are fundamental to economic behavior. In economics, incentives matter. You won’t be able to understand economics without understanding incentives and disincentives.

Extrinsic incentives come from outside of a person. This includes cash rewards, bonuses, income, and profits. However, it’s not all about money. It can include such things as peer recognition, fame, social status, and power. Someone may care more about social status, for example, than money.

Intrinsic incentives are psychological incentives and are internal to the person. Getting satisfaction from work is an intrinsic incentive. For example, the idea of building a home for the poor makes you feel good, but you will gladly accept pay to do it, which ends your spirit of volunteering.

Tax Incentives also called “tax benefits”—are reductions in tax that the government makes in order to encourage spending on certain items or activities. These are often cited as a great way to encourage economic development.

Financial Incentives are a broader term that encompasses any monetary benefit given to a consumer, employer, corporation, or organization in order to incentivize them to do something they might not otherwise do.

Some examples of traditional incentives are letter grades in the formal school system and monetary bonuses for increased productivity in the workplace. Incentives and disincentives are not guarantees of behavioral changes. But, they tend to induce behavioral changes by choice rather than by force or immutable decree. Some examples of the promotion of intrinsic motivation are Google allowing their engineers to spend 20% of their work time exploring their own interests, and the competency-based education system.