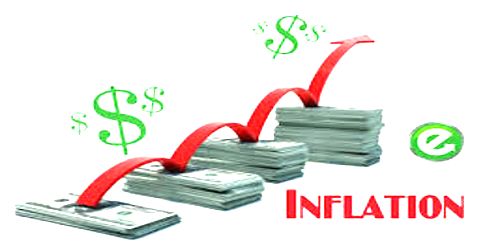 For measuring inflation, an aggregate representation of prices of commodities is needed. Such a general price level is represented through a price index; GDP deflator is one such price index that we briefly introduced in an earlier chapter. There are other price indices also, most notably the Consumer Price Index (CPI) and the Producer Price Index (PPI).

There are three causes of inflation. The first, demand-pull inflation, occurs when demand outstrips supply. The second is cost-push inflation, which is when the supply of goods or services is restricted, while demand stays the same. For example, since there is a shortage of highly skilled software engineers, their wages skyrocket.

The third, overexpansion of the nation’s money supply, is when too much capital chases too few goods and services. It’s caused by too-expansive fiscal or monetary policy, creating too much liquidity.

Deflation is usually caused by a drop in demand. Fewer shoppers mean businesses have to lower prices, which can turn into a bidding war. It’s also caused by technology changes, such more efficient computer chips. Deflation can also be caused by exchange rates.

People engaged in the business of lending and borrowing generally spend time and other resources in predicting inflation, to form a judicious anticipation of future inflation to appropriately determine nominal interest rate. In a world of low or no inflation, scarce resources do not need to be wasted in such predictions. Therefore, controlling inflation is often an objective of macro policy makers.