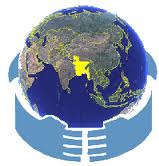 Insurance is nothing but a system of spreading the risk of one onto the shoulders of money.

According to J. H. Magce

“Life insurance contract embodies an agreement in which the insurer undertakes to pay a stipulated sum upon death of insured or at some designated time”.

Fire insurance contract may be defined as an undertakes to indemnity the other party against financial loss which the better may sustain by reason of cerfident subject  matter being damaged as destroyed by fire or other defined perils up to an agreed amount.

“Marine insurance has been defined as a contract between insurer and insured where by the insurer undertakes to indemnify the insured in a manner and to the interest there by agreed, against to marine losses incident to marine adventure”                       M.N Mishra

Risk is the possibility of an unfavorable deviation from expectations; that is, the occurrence of an undesirable contingency.

According to M.N. Mishra, “Risk is the uncertainly of loss.”

Insurance contracts arc based on the following principles:

Insurance contract is based on utmost good faith. Both insured and insure should provide true information in full. The insured should disclose all lads about the subject matter of insurance. This is used to ascertain risk arid the rate of premium.

Insurance is a contract of indemnity. It compensates for actual loss up to the amount of contract. No profit should be made from the insurance contract.

The rights of the subject matter of insurance get transferred from insured lo insurer after indemnity. The insurer gets ownership of the damaged property.

The nearest cause of loss should be considered for compensation. Insurer should pay for the damage caused by the insured risk only.

Contribution is sharing of actual loss among con insurers. The insured can insure the same property with more than one insurance company.

Mitigation is to make the loss less severe, it is the duty of insured total necessary steps to minimize the loss of subject matter of insurance.

8. Economic growth of the country

Welfare of employees creates a conducive atmosphere to work;

-In case of business the property and human material are protected against certain losses, capital and credit are expanded.

According to Prof. James Athearn;

Risk may be defined-

(a) The possibility of loss or

Reinsurance is an agreement between the insurance company that the originally issues a policy (the direct writer) and another organization (the reinsurer), the later agreeing to accept a certain share of the former’s potential liability on the policy.

The role and importance of insurance has been discussed here in three phases:

The insurance provides safety and security against the loss at damage.

The security wishes the prime motivating factor. This is the wish which tends to stimulate to more work.

4. Uncertainty of business loss is reduced

In world of business, commerce and industry a huge number of properties are employed. With a slight slackness or negligence, the property may be turned into ashes.

5. Business efficiency is increased with insurance

Business efficiency is increased with insurance. When the owner of a business is free from the botheration of losses, he will certainly devote much time to the business.

7. Wealth of the society is protected

The loss of a particular wealth can be protected with the insurance through the prevention of economic losses likes death damage or loss. Life insurance provides loss of human wealth.

* The policy is issued to cover a particular voyage from one port to another port and from one place to another.

* It is suitable for cargo insurance.

* It is not suitable for Hull insurance.

* The policy is generally taken for one year although it may be for less than one year.

* It may be beneficial to hull as well as to cargo insurance.

* Under this policy the value of loss to be compensated is fixed and remains constant throughout the risk.

* Insured amount is paid only the occurrence of total loss not increase of partial loss.

* The value of the policy is not determined commencement of risk but it is left to be valued when the loss takes place.

* Insurance freight whether paid in advance.

The various life risks cannot be treated individually, so they are put under a few broad categories based on the degree of each risk. There are two main classes of risk:

If the insurance can be purchased at higher premium, there should not be any Uninsurable risk. Theoretically, after investigating all the factors affecting a risk, the life insurance company should be able to give each due consideration and determining the premium charge for the insurance.

The insurable risks are those which after the selection process can be carried out by an insurer although there can be different terms and conditions for different policy-holders.

The standard risk is related with the normal life where there is no much or no less risk. There are certain criteria on which the risks are judged as normal life.

The super standard risk is present where there is Loesser risk than the standard risk. This is also called a preferred risk. An insurer does not prefer to issue

A person who purchases a share of common stock does so with expectation that the price of the stock will rise, thus improving his financial position. Instead of rising, the price may fall.

* This policy describes the general terms and leaves the amount of each shipment and other particulars to be declared later on.

* A ship or a fleet of ships is insured in a single policy.

* If the subject matter of insurance is one but policies are purchased two or more against it.

Insurance may be taken on hull cargo and freight.

HULL: Insurance of vassal and its equipments are included under hull insurance. The ship is always at the risk of the perils of the seas and therefore the ship owner can ensure it against probable losses.

CARGO: This refers to goods and merchandise that are being carried from place to another or are being imported or exported. Such goods or merchandise may be lost damage or destroyed by the perils of the seas and therefore the owner of such goods can always ensure against the probable losses.

LIB1LITY: The marine insurance policy may include liability hazards such as collision or ruining down. Insurance can be taken for the expense involved in non-compliance of rules and regulation without any intension to deceive.

The pure risks which confront individuals, families, firms, and other organizations may be classified as:

Because all loss is ultimately borne by people, it could be said that all risks are personal.

The possibility of loss to property, such as damage or de-structure of an automobile by collision or its loss by theft.

The possibility of becoming legally obligated to pay for damage to the person or the property of others.

* Capture and seizure.     * Restraints and detainments by the Govt. king, princes and people of enemy country.     * Barratry.

a. Particular average on cargo

This kind of reinsurance requires that the reinsurer will assume part or all of a ceding company’s responsibility for certain sections or classes of business in accordance with the terms of the policy.

: This kind of reinsurance is used while considering a particular underlying risk of an individual contract.

It is a classification based on the way the two companies share the risk.

It covers the whole account and is also known as excessive loss ratio reinsurance.

Basically there are two forms of reinsurance –

Proportional reinsurance (also called quota share reinsurance) is that kind of insurance where the reinsurer takes a definite percent share of each policy the insurer writes and then shares in the premiums and losses in that same proportion.

Non-Proportional Reinsurance (also called excess of loss reinsurance) is available if the loss suffered by the insurer exceeds a certain amount (called retention).

This type of policy protects an insurance provider only for an individual, or a specified risk, or contract. If there are several risks or contracts that needed to be reinsured, each one must be negotiated separately. The reinsurer has all the right to accept or deny a facultative reinsurance proposal.

Unlike a facultative policy, a treaty type of coverage is in effect for a specified period of time, rather than on a per risk, or contract basis.

In a non-proportional type of coverage, the reinsurer will only get involved if the insurance company’s losses exceed a specified amount, which is referred to as priority or retention limit.

This is actually a form of non-proportional coverage. The reinsurer will only cover the losses that exceed the insurance company’s retained limit.) However, what makes this type of contract

This is a type of treaty coverage where the insurance company can claim all losses that occur during the reinsurance contract period. The important factor to consider is when the losses have occurred and not when the claims have been made.