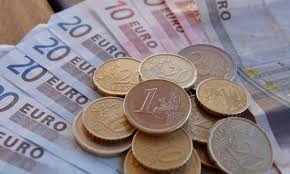 Dr. Paul Einzig defines Foreign Exchange as the system or process of converting one national currency into another and of transferring the ownership of money from one country to another.

In the words of Mr. H. E. Evitt, Foreign Exchange is that section of Economic Science which deals with the means and method by which rights to wealth on one country’s currency are converted into rights to wealth in terms of another country’s currency. In terms of Foreign Exchange Regulations Act, 1947 as adapted in Bangladesh, Foreign Exchange means Foreign Currency and include all deposits cr4edits and balances payable in Foreign currency as well as all Foreign currency instruments, such as, Drafts, Travelers Cheques, Bill of Exchange, Hundi, and Promissory Notes payable in any foreign country.

There are three kinds of Foreign Exchange Transactions

No country is self sufficient in this world. Every one is more or less dependent on another, for goods and services. Say, Bangladesh has cheap manpower whereas Saudi Arabia has cheap Petroleum. So Bangladesh is dependent on Saudi Arabia for petroleum and Saudi Arabia is dependent on Bangladesh for cheap manpower. In this backdrop Bangladesh earns huge remittance of Green Back (US Dollar, EURO, Pound Sterling, Yen, Ringit, Rial etc. to meet up its import payments People of one country is going to another country for education, medical services etc. one country exports agricultural commodities another country exports industrial products. All these transactions needs foreign currency and are closely related to foreign exchange.

Import may be defined as bringing of visible items to the country from abroad through letter of credit or LCA Form paying foreign Currency to the exporting country.

Import business involves transactions in foreign exchange. By foreign exchange we generally mean foreign currency like US Dollar notes, Great Britain Pound etc. Bank notes or what we commonly call foreign currency notes however, do not play any significant role in settlement of international transactions. The term foreign exchange is used in broader sense as a process of conversion of one currency into another. Foreign Exchange and Foreign Trade is a part of economic science; it deals with the means and method by which rights to wealth in one country’s currency are converted into those of another country.

Foreign Exchange Regulation Act-1947 regulates Foreign Exchange dealings in our country. Under this Act, Bangladesh Bank has published a Book in two volumes as on 30th September 1996 named as “Guidelines for Foreign Exchange Transactions” which governs the import procedures to be followed by the AD branches for import business. Import is also regulated by the Import policy order of the Ministry of commerce and other notices of the CCI&E and the NBR. As such, all of our AD Branches must follow these Guidelines in dealing with import business.

As our Bank is an Islami Bank, we have to abide by the principles of Islamic Shariah; our branches have to follow the internal circulars of the bank in respect of import business and this guidebook. All of our AD Branches are instructed to follow this guidebook at the time of foreign exchange dealings. Any subsequent amendment, modification, addition/ foreign exchange circulars issued by Bangladesh Bank and our Head Office also to be followed by the AD Branches.

Goods are being imported for personal use, commercial purpose or industrial use. So there are three kinds of importers such as :

a)      Guidelines for Foreign Exchange Transactions (Published by Bangladesh Bank).

b)      Import Policy Order -IPO (Published by Ministry of Commerce)

Import of goods into Bangladesh is regulated by the Ministry of Commerce in terms of the Import and Export (Control) Act, 1950; with Import Policy Orders issued biannually, and Public Notices issued from time to time by the office of the Chief Controller of Imports and Exports (CCI&E). The instructions contained in this chapter apply to sales of foreign exchange or transfers to non-resident taka accounts against import of goods into Bangladesh.

The Uniform Customs and Practice for Documentary Credits, 2007 Revision, ICC Publication no. 600 (“UCP”) are rules that apply to any documentary credit (“credit”) (including, to the extent to which they may be applicable, any standby letter of credit) when the text of the credit expressly indicates that it is subject to these rules. They are binding on all parties thereto unless expressly modified or excluded by the credit.

Credit means any arrangement, however named or described, that is irrevocable and thereby constitutes a definite undertaking of the issuing bank to honor a complying presentation.

Though ICC in its UCPDC 600 mentioned only one type of LC that is irrevocable, but in general in world business practice there are several types of LC still exists which are

Application for Import by a client:

A valid importer will submit the following paper/documents to his Bank to open    L/C:

Sanctioning L/C to a client:

Upon receipt of the application, dealing officer will initiate office note covering the following:

On being satisfied, Branch will issue a letter of credit on behalf of the importer and send the same to the beneficiary through any of our Correspondent banks.

By export we generally mean selling of visible and invisible goods and services outside the country against letter of credit, firm contract or Advance payment. Besides, local supplies against Letter of Credit /contract through banking channel are also deemed as export. However the local exports does not need to be reported to Bangladesh Bank in the schedules.

Export Business occupies a very important position in the Balance of Trade and Balance of Payment of the country. Export occupies an important position in the foreign exchange business portfolio of the bank. In handling export business, certain Acts, guidelines, & regulations have to be followed such as the Export Trade Control Regulation Act, Guidelines for Foreign Exchange Transactions published by Bangladesh Bank and Export Policy issued by Ministry of Commerce from time to time. At the same time, as a Shariah based Bank, our export business should comply with the provisions/ principles of Islamic Shariah. If any of the provisions of this guidebook contradicts in any way the government rule or accepted international banking practice in that case the government rule or the international banking practice (ISBP) will reign on this book. Any subsequent not covered in this book must also be followed. If any area of foreign exchange business is not covered in this book in that case the prevailing rules of Bangladesh Bank and international norms have to be followed.

Documents to be obtained from the client-

The new client who desires to avail BB L/C facility has to submit following papers/documents to the bank for consideration: