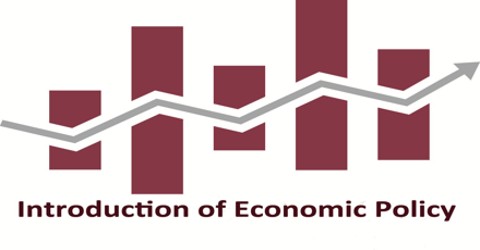 The effectiveness of economic policies can be assessed in one of two ways, known as positive and normative economics. Positive Economics attempts to describe how the economy and economic policies work without resorting to value judgments about which results are best. The distinguishing feature of positive economic hypotheses is that they can be tested and either confirmed or rejected. For example, the hypothesis that “an increase in the supply of money leads to an increase in prices” belongs to the realm of positive economics because it can be tested by examining the data on the supply of money and the level of prices. Micro-economic policy deals with policies targeted at the development of economic sectors, firms and households. It aims to ensure the promotion of investment in the real economy, efficiency of economic institutions and productivity, thereby raising income levels and living standards. The purpose of this workstream is to identify the available micro-economic policy options, evaluate different options against development and decent work goals and make recommendations to cabinet on policy and implementation issues.

In order to perform its functions effectively, it will develop an economic intelligence database on real economy entities, economic entities that the state has a shareholding in and provides incentives to or which have received state support. In fulfilling its functions, the workstream will research and develop policies that help produce equity and the generation of full employment. The economy is a complex dynamic system. A formal and quantified framework is an irreplaceable adjunct to the processes of policy thought. Many economic policy measures can only be understood and discussed properly with the help of a model which sets out the key relationships between economic variables. When analyzing the consequences of a policy proposal at the macroeconomic level, where “everything relates to everything else”, a model is indispensable. Models help establish synergy between various policies by capturing empirically important effects and indirect links in the economy and quantify the impact of policy proposals on aggregate variables, sector performance, poverty and inequality. Economic Growth: Economic growth means that the incomes of all consumers and firms (after accounting for inflation) are increasing over time.

Full Employment: The goal of full employment is that every member of the labor force who wants to work is able to find work.

The business cycle became a predominant issue in the 19th century, as it became clear that industrial output, employment, and profit behaved in a cyclical manner. One of the first proposed policy solutions to the problem came with the work of Keynes, who proposed that fiscal policy could be used actively to ward off depressions, recessions and slumps. The Austrian School of economics argues that central banks create the business cycle.