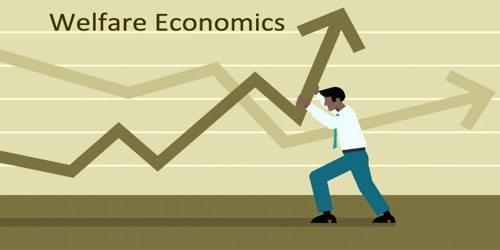 It uses techniques from microeconomics to assess general well-being. From this assessment, it tries to find an allocation of productive factors as to desirability and economic efficiency within an economy, often relative to competitive general equilibrium.

Welfare economics typically takes individual preferences as given and tries to improve welfare in terms of Pareto efficiency. As an example, social state B is “better” than social state A, if at least one person prefers B and no one else opposes it. Another aspect of welfare treats income/goods distribution, including equality, as a further dimension of welfare. In general, welfare economics studies how economic policies influence the prosperity of the society. It analyses costs and benefits and provides some theoretical principles for particular instruments of public economics. The criteria for evaluation of the common wealth are pretty subjective: its truthfulness or falsity cannot be determined unquestioningly and accurately.

This branch of economics was developed during the 20th century by famous scientists and economists: Adam Smith, Jeremy Bentham, Alfred Marshall, Vilfredo Pareto, Nickolas Kaldor, John Hick and many others. Vilfredo Pareto designed the concept of welfare economics theory. Since then, many economists use Pareto efficiency as their ideal efficiency goal.

Social welfare refers to the overall welfare of society. With sufficiently strong assumptions, it can be defined as the sum of the welfare of all the individuals in the society. Welfare may be measured either cardinally in terms of “utils” or dollars, or measured ordinarily in terms of Pareto efficiency. The cardinal method in “utils” is rarely used in pure theory today. Its main problem is that different kinds of “utility” cannot easily be summed up without losing the meaning of the measurement.

In order to measure social welfare, economists use two fundamental approaches – The New Welfare Economics approach and the neoclassical one. The issues of the welfare economics can be very helpful when it comes to developing the public policy.