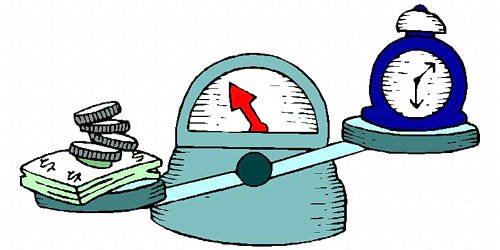 The labor theory of value (LTV) is a theory of value that argues that the economic value of a good or service is determined by the total amount of “socially necessary labor” required to produce it. It suggested that the value of a commodity was determined by and could be measured objectively by the average number of labor hours necessary to produce it.

LTV is usually associated with Marxian economics, though it also appears in the theories of earlier classical liberal economists such as Adam Smith and David Ricardo and later also in anarchist economics. Since the 19th century, the labor theory of value has fallen out of favor among most mainstream economists. According to the labor theory of value, developed by David Ricardo and refined and modified by Karl Marx’s theory, the value of a thing depends on the amount of labor required to produce it. Smith saw the price of a commodity in terms of the labor that the purchaser must expend to buy it, which embodies the concept of how much labor a commodity, a tool, for example, can save the purchaser. By immediate labor is meant the current effort of a worker and by accumulated labor is meant the services of capital which represent the past input of labor. The LTV is central to Marxist theory, which holds that the working class is exploited under capitalism, and dissociates price and value. Marx did not refer to his own theory of value as a “labor theory of value”. For example, if an 18-karat gold filigree bracelet and an electronic toy car each require 10 hours to complete, both should have the same price.

Mainstream neoclassical economics tends to reject the need for an LTV, concentrating instead on the fluctuations of the price according to supply and demand using a theory of value based on marginal utility. The labor theory of value is important inasmuch as it draws attention to the grievances of labor and to the exploitation which they suffer at the hands of the capitalists.

Criticisms of the Labour Theory of Value:

Labour alone does not create a product and its value. The other factors like risk-taking, capital, etc., are as much indispensable as labor. It cannot explain the values of non-reproducible goods. Finally, it ignores the role of demand or utility which plays an important part in determining the value of an article in a very short period.