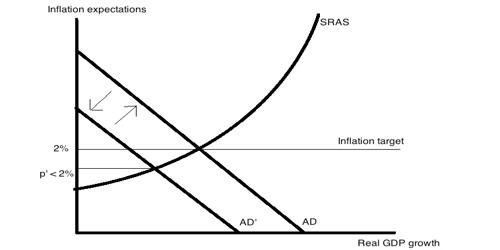 Monetarism is an economic theory that says the money supply is the most important driver of economic growth. It is a macroeconomic concept, which states that governments can foster economic stability by targeting the growth rate of the money supply. Market monetarism is a school of macroeconomic thought that advocates that central banks target the level of nominal income instead of inflation, unemployment, or other measures of economic activity, including in times of shocks such as the bursting of the real estate bubble in 2006, and in the financial crisis that followed. The monetarist theory is an economic concept, which contends that changes in money supply are the most significant determinants of the rate of economic growth and the behavior of the business cycle.

In contrast to traditional monetarists, market monetarists do not believe monetary aggregates or commodity prices such as gold are the optimal guides to intervention. Central to monetarism is the “Quantity Theory of Money,” which states that the money supply (M) multiplied by the rate at which money is spent per year (V) equals the nominal expenditures (P * Q) in the economy. Market monetarists also reject the New Keynesian focus on interest rates as the primary instrument of monetary policy. Monetarists believe that velocity (V) is constant and changes to the money supply (M) are the sole determinant of economic growth, a view that serves as a bone of contention to Keynesians. The competing theory to the monetarist theory is Keynesian Economics. When monetarist theory works in practice, central banks, which control the levers of monetary policy, can exert much power over economic growth rates. 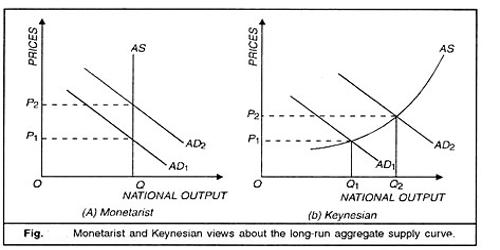 Market monetarists prefer a nominal income target due to their twin beliefs that rational expectations are crucial to policy, and that markets react instantly to changes in their expectations about future policy, without the “long and variable lags” postulated by Milton Friedman. Monetarist economics is Milton Friedman’s direct criticism of Keynesian economics theory, formulated by John Maynard Keynes.