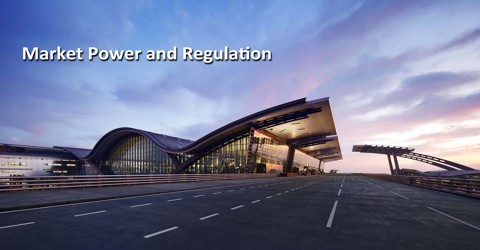 Jean Tirole is one of the most influential economists of our time. He has made important theoretical research contributions in a number of areas, but most of all he has clarified how to understand and regulate industries with a few powerful firms.

Thus regulation is essentially a balancing act between restraining market power (anti-trust) and preserving economic efficiency. Regulators face a tradeoff between lowering prices for users, which means a wider diffusion of the product or service, and guaranteeing a rate of return for the firm or firms that supply the product or service. Market dominance arises when a small number of firms hold a commanding advantage over infrastructure (railroad lines), utilities (power or water), or intellectual property a patent to key technology. Likewise, this is where much regulation is focused.

The principle is that one type of regulation is not going to work for everyone; therefore regulators should offer a menu of options to firms.

A newer challenge for regulators is the growing importance of two-sided markets, where the provider of a platform product or technology makes deals with sellers and buyers of a service. A current example is Uber, which provides a matching platform for drivers and riders. Other examples are debit and credit card companies selling their product to both merchants and cardholders or computer operating systems sold to developers and users. A firm with market power has the ability to individually affect either the total quantity or the prevailing price in the market. Price makers face a downward-sloping demand curve, such that price increases lead to a lower quantity demanded. The decrease in supply as a result of the exercise of market power creates an economic deadweight loss which is often viewed as socially undesirable. As a result, many countries have anti-trust or other legislation intended to limit the ability of firms to accrue market power. Such legislation often regulates mergers and sometimes introduces a judicial power to compel divestiture. The ideal marketplace condition is what is referred to as a state of perfect competition, in which there are numerous companies producing competing products, and no company has any significant level of market power. Of course, that is merely a theoretical ideal that rarely exists in actual practice. Many countries have antitrust laws or similar legislation designed to limit the market power of any one company. Market power is often a consideration in government approval of mergers. A merger is unlikely to be approved if it is believed that the resulting company would constitute a monopoly or would become a company with inordinate market power. Jean Tirole’s research is characterized by respect for the particulars of different markets and the skillful use of new analytical methods in the economic sciences. He has developed deep analytical results about the essential nature of imperfect competition and contracting under asymmetric information. Tirole has also distilled his own and others’ results into a unified framework for teaching, policy advice, and continued research. His contributions provide a splendid example of how economic theory can be of great practical significance.