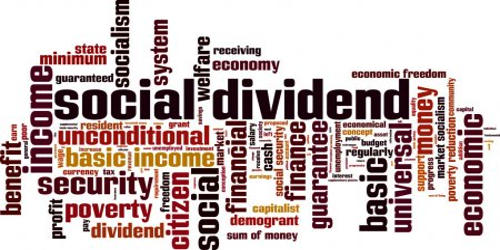 Socialism is a populist economic and political system based on public ownership of the means of production. Market socialism is a type of economic system involving the public, cooperative, or social ownership of the means of production in the framework of a market economy. It is an economic system where the means of production are not owned or planned but only mediated through the market. It is an economic system representing a compromise between socialist planning and free enterprise, in which enterprises are publicly owned but production and consumption are guided by market forces rather than by government planning. It is self-regulating and a complete system that can be easily distinguished from the mixed economy. It is the dominant form of socialism and is the primary ideology of at least one of the top parties in most democratic nations.

Market socialism differs from non-market socialism in that the market mechanism is utilized for the allocation of capital goods and the means of production. It would be socialism in that it entails the management of the factors of economic activity and wealth creation for the equal benefit of all. Depending on the specific model of market socialism, profits generated by socially owned firms may variously be used to directly remunerate employees, accrue to society at large as the source of public finance, or be distributed amongst the population in a social dividend. It has the benefit of applicability in societies in which most of the media, academia, and the public are hostile to socialism but positive to democracy.

Market socialism is distinguished from the concept of the mixed economy because models of market socialism are complete and self-regulating systems, unlike the mixed economy. It has the advantage not only of strengthening democracy but also of moving in the direction of socialism within capitalist market societies. Market socialism, however, entails that the fruits of the use of capital, that is to say, the things produced and service rendered be freely bought and sold at prices arising from supply and demand. “Market socialism” is a current of ideas, starting, it seems, with the Polish economist Oskar Lange, for how to make extensive use of markets without thereby creating gross economic and political inequality. It’s basically moderate socialism. Rather than going out and nationalizing everything ala Marxism it instead seeks a balance between the market and the state.

Market socialism also contrasts with social democratic policies implemented within capitalist market economies. There would be positive achievements in terms of the allocation of capital and distribution of income. It is best seen in the Nordic model and the Dutch polder system, where the state, business, and unions all cooperate to find solutions that benefit everyone. While social democracy aims to achieve greater economic stability and equality through policy measures such as taxes, subsidies, and social welfare programs, market socialism aims to achieve similar goals through changing patterns of enterprise ownership and management. Finally, it would extend the much-valued social good of democracy in the form of cooperative and employees’ control.