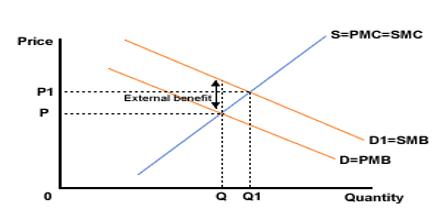 The concept of Merit Good is economical term, introduced by Richard Musgravet. It is less often used today than it was in the 1960s to 1980s but the concept still lies behind many economic actions by governments which are not performed specifically for financial reasons or by supporting incomes. Merit goods are those goods and services that the government feels that people will under-consume, and which ought to be subsidised or provided free at the point of use so that consumption does not depend primarily on the ability to pay for the good or service.