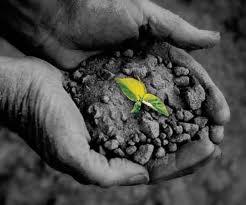 Much of the current interest in microcredit stems from the Microcredit Summit (2-4 February 1997), and the activities that went into organizing the event. The definition of microcredit that was adopted there was:

Microcredit: programmers extend small loans to very poor people for self-employment projects that generate income, allowing them to care for themselves and their families.

Definitions deffer, of course, from country to country. Some of the defining criteria used include- size – loans are micro, or very small in size target users – microenterpreneurs and low-income households utilization – the use of funds – for income generation, and enterprise development, but also for community use (health/education) etc. terms and conditions – most terms and conditions for microcredit loans are flexible and easy to understand, and suited to the local conditions of the community.

Microcredit is the extension of very small loans (microloans) to impoverished borrowers who typically lack collateral, steady employment and a verifiable credit history. It is designed not only to support entrepreneurship and alleviate poverty, but also in many cases to empower women and uplift entire communities by extension. In many communities, women lack the highly stable employment histories that traditional lenders tend to require. Many are illiterate, and therefore unable to complete paperwork required to get conventional loans. As of 2009 an estimated 74 million men and women held microloans that totalled US$38 billion.  Grameen Bank reports that repayment success rates are between 95 and 98 per cent.


Microcredit is part of microfinance, which provides a wider range of financial services, especially savings accounts, to the poor. Modern microcredit is generally considered to have originated with the Grameen Bank founded in Bangladesh in 1983 . Many traditional banks subsequently introduced microcredit despite initial misgivings. The United Nations declared 2005 the International Year of Microcredit. As of 2012, microcredit is widely used in developing countries and is presented as having “enormous potential as a tool for poverty alleviation.”


Critics argue, however, that microcredit has not had a positive impact on gender relationships, does not alleviate poverty, has led many borrowers into a debt trap and constitutes a “privatization of welfare”. The first randomized evaluation of microcredit, conducted by Esther Duflo and others, showed mixed results: there was no effect on household expenditure, gender equity, education or health, but the number of new businesses increased by one third compared to a control group.Professor Dean Karlan from Yale University says that whilst microcredit generates benefits it isn’t the panacea that it has been purported to be. He advocates also giving the poor access to savings accounts.

Character: means how a person has handled past debt obligations: Form credit history and personal background, honesty and reliability of the borrower to pay credit debts are determined.

Capacity: means how much debt a borrower can comfortably handle. Income streams are analyzed and any legal obligations looked into, which could interfere in repayment.

Capital: means current available assets of the borrower, such as real estate, savings or investment that could be used to repay debt if income should be unavailable.

General features of Grameencredit are:

a) It promotes credit as a human right.

b) Its mission is to help the poor families to help themselves to overcome poverty. It is targeted to the poor, particularly poor women.

c) Most distinctive feature of Grameencredit is that it is not based on any collateral or legally enforceable contracts. It is based on “trust”, not on legal procedures and system.

d) It is offered for creating self-employment for income-generating activities and housing for the poor, as opposed to consumption.

f) It provides service at the door-step of the poor based on the principle that the people should not go to the bank, bank should go to the people.

g) In order to obtain loans a borrower must join a group of borrowers.

h) Loans can be received in a continuous sequence. New loan becomes available to a borrower if her previous loan is repaid.

i) All loans are to be paid back in installments (weekly, or bi-weekly).

j) Simultaneously more than one loan can be received by a borrower.

k) It comes with both obligatory and voluntary savings programmes for the borrowers.

Differences between microcredit and other financial organizations

The most common microfinance product is a microcredit loan — usually less than $100. These tiny loans are enough for hardworking micro-entrepreneurs to start or expand small businesses such as weaving baskets, raising chickens, or buying wholesale products to sell in a market. Income from these businesses provides better food, housing, health care and education for entire families, and most important, additional income provides hope for a better future.

In addition, the poor need a secure place to save their money and access to insurance for their homes, businesses and health. Microfinance institutions (MFIs) are now innovating to help meet these needs, empowering the world’s Poor to improve their own lives.

The global repayment rate for microcredit loans is higher than 95 percent, which allows MFIs to re-lend these funds to even more clients. By giving the world’s poor a hand up, not a handout, microfinance can help break the cycle of poverty in as little as a single generation.