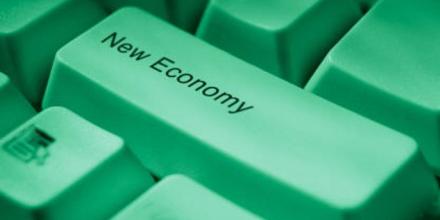 This article talks about New Economy, which was thought that former business valuation techniques were invalidated by the resulting fast changing business environment. It supports regeneration of both human and natural systems, builds community resilience by rooting wealth and power in place and in service of human needs on a finite planet. It is commonly believed to have started in the late 1990s, as high tech tools, such as the internet, and increasingly powerful computers, began penetrating the consumer and business marketplace.