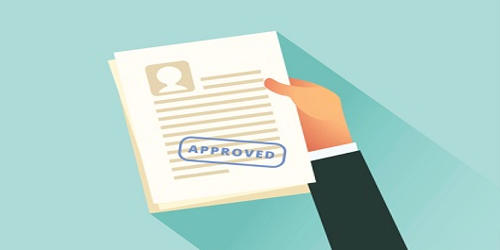 Occupational licensure is a form of government regulation requiring a license to pursue a particular profession or vocation for compensation. It the legal requirement that a credential is obtained in order to practice a profession—is a common labor market regulation that ostensibly exists to protect public health and safety. Often only market entry as a self-employed is restricted to licensed professionals. It is related to occupational closure. In order to obtain a license, workers must first pay the specified fees, undergo required training and education, and satisfy any other state licensing requirements. Professions that can have a large negative effect on individuals, like physicians and lawyers, require occupational licenses in most developed countries, but many jurisdictions also require licenses for professions without that possibility, like plumbers, taxi drivers, and electricians. While much of this advantage for licensed workers are accounted for by differences in age, human capital, and other variables that typically confer increased wages, some of the licensing wage premium is thought to be caused by the barrier to entry that a license represents. Licensing raises costs and reduces consumer choice, and research has found that these costs are economically significant.

Licensing creates a regulatory barrier to entry into licensed occupations, and this results in higher income for those with licenses and usually higher costs for consumers. Quality and safety are important issues because consumers often have difficulty obtaining information about service providers. In addition, licensing often prescribes and constrains the ways in which work is structured, limiting innovation and economic growth. Licensing doesn’t just lock people out of occupations, it can also limit competition between occupations. Licensed workers also enjoy labor market advantages that go beyond higher wages. Licensed workers have longer job tenure and lower voluntary and involuntary part-time status. These advantages at least partially reflect the exclusive rights that licensed workers are granted for certain types of work, with corresponding disadvantages imposed on unlicensed workers. Regulations limit what different occupations can do and how they are supervised.

Licensing advocates argue that it protects the public interest by keeping incompetent and unscrupulous individuals from working with the public. As with any important labor market institution, it is important to examine the association of licensing with wage inequality. However, according to Morris Kleiner of the University of Minnesota, there is little evidence that it affects the overall quality of services provided to customers by members of the regulated occupation. Identifying the licensing wage difference that can be deemed an economic rent is a difficult challenge.