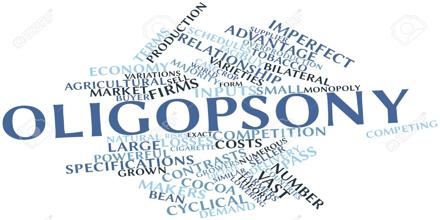 Oligopsony allows the buyers to exert a great deal of control over the sellers and can effectively drive down prices. It means that the few firms have considerable market power in paying low prices for inputs.This is similar to an oligopoly, this is a market in which there are only a few large buyers for a product or service. This is a market form in which the number of buyers is small while the number of sellers in theory could be large. Oligopsony tends to be just as prevalent in the real world.