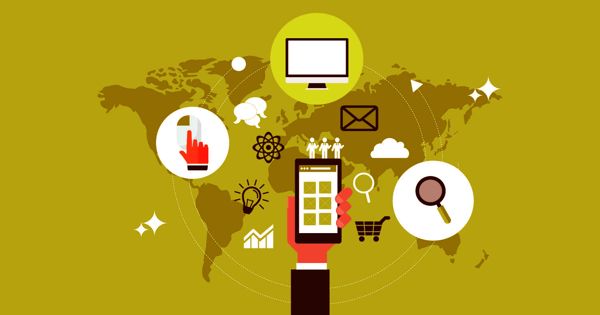 The platform economy is an increasing number of businesses are starting to adopt the platform business model and its digital strategies in order to remain competitive. It is an economic and social activity facilitated by platforms. It is a common thread weaving through today’s most valuable companies is the basis of their business model. Such platforms are typically online matchmakers or technology frameworks. By far the most common type is “transaction platforms”, also known as “digital matchmakers”. Companies such as Airbnb, Uber, Amazon, Google, Salesforce, and Facebook are creating online networks that facilitate digital interactions between people

The platform economy poses significant questions, challenges, and opportunities for society, the labor market, and organizations. It is any type of digital platform that uses the internet to connect dispersed networks of individuals to facilitate digital interactions between people.

It is a term that refers to the current transition that the most valuable companies in the world are making from mainly offering products to mainly offering platforms. Examples of transaction platforms include Amazon, Airbnb, Uber, and Baidu. A second type is the “innovation platform”, which provides a common technology framework upon which others can build, such as the many independent developers who work on Microsoft’s platform. Instead of mass-producing goods to sell to consumers, these multifaceted technology-driven companies offer frameworks that allow users to interact with each other and even use these frameworks to build their own companies. 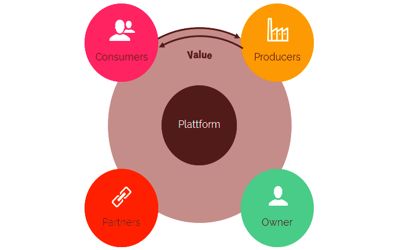 There is a large variation between the function and type of digital platforms available in today’s marketplace, ranging from platforms providing services (e.g., Uber and Airbnb), to products (e.g. Amazon and eBay), to payments (e.g., Square, PayPal), to software development (e.g., Apple, Salesforce) and many more. The rise of platforms has been met by a mixed response from commentators. Many have been enthusiastic, arguing that platforms can improve productivity, reduce costs, reduce inefficiencies in existing markets, help create entirely new markets, provide flexibility and accessibility for workers, and be especially helpful for less developed countries.

The platform economy is a complex phenomenon that is significantly disrupting the general concept of ‘normal jobs’. Arguments against platforms include that they may worsen technological unemployment, that they contribute to the replacement of traditional jobs with precarious forms of employment that have much less labor protection, that they can worsen declining tax revenues, and that excessive use of platforms can be psychologically damaging and corrosive to communities. A true platform economy is fast and flexible and is enabled by digitalization technologies and capabilities. Since the early 2010s, the platform economy has been the subject of many reviews by academic groups and NGOs, by national governments, and by transnational organizations like the EU.