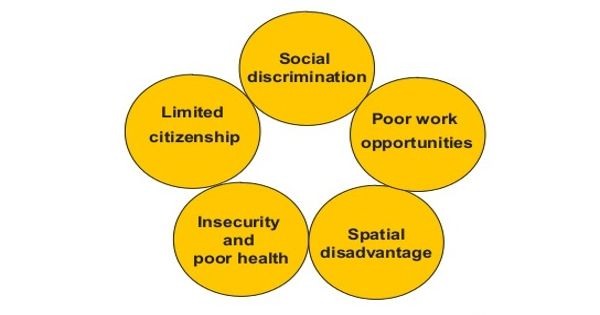 The poverty trap is a spiraling mechanism that forces people to remain poor. In economics, a poverty trap or cycle of poverty is caused by self-reinforcing mechanisms that cause poverty, once it exists, to persist unless there is outside intervention. It is so binding in itself that it doesn’t allow the poor people to escape it. It is created when an economic system requires a significant amount of capital in order to earn enough to escape poverty. It can persist across generations, and when applied to developing countries, is also known as a development trap. When individuals lack this capital, they may also find it difficult to acquire it, creating a self-reinforcing cycle of poverty.

A poverty trap is a mechanism that makes it very difficult for people to escape poverty. It generally happens in developing and under-developing countries and is caused by a lack of capital and credit to people.

A poverty trap is not merely the absence of economic means. Families trapped in the cycle of poverty, have either limited or no resources. It is created due to a mix of factors, such as access to education and healthcare, working together to keep an individual or family in poverty. There are many disadvantages that collectively work in a circular process making it virtually impossible for individuals to break the cycle. It can be broken by planned investments in the economy and providing people the means to earn and be employed. 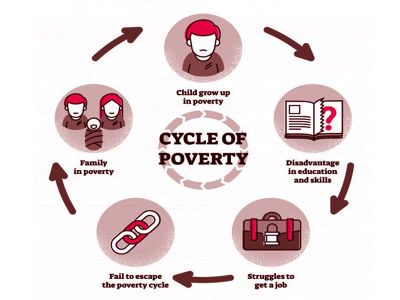 Many factors contribute to creating a poverty trap, including limited access to credit and capital markets, extreme environmental degradation, corrupt governance, capital flight, poor education systems, disease ecology, lack of public health care, war, and poor infrastructure. This occurs when poor people do not have the resources necessary to get out of poverty, such as financial capital, education, or connections. A series of poverty alleviation programs can be enforced to raise individuals out of poverty by providing monetary aid for a period of time.

In other words, impoverished individuals do not have access to economic and social resources as a result of their poverty. This lack may increase their poverty. This could mean that the poor remain poor throughout their lives. This theory of poverty helps to explain why certain aid programs that do not provide a high enough level of support may be ineffective at raising individuals from poverty.

Measures of social mobility examine how frequently poor people become wealthier, and how often children are wealthier or achieve higher income than their parents. However, poorer countries find this to be difficult, leading to the over-exploitation of natural resources and land.