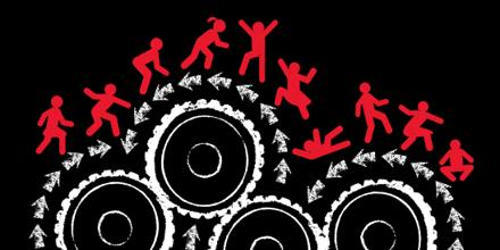 Precarious work means work where your labor rights are not secure. It is a term that critics use to describe non-standard or temporary employment that may be poorly paid, insecure, unprotected, and unable to support a household. It could mean that you are a casual or seasonal employee who might, or might not, get work. Precarious workers are those who fill permanent job needs but are denied permanent employee rights. This means anything ranging from outsourced workers, part-time, independent contractors, seasonal workers, sub-contracted workers to on-the-job trainees.

Precarious work is a concept that does not have a universally accepted definition across Europe. Nevertheless, the need to address this complex phenomenon is widely recognized, given its multifaceted nature. Globally, these workers are subject to unstable employment, lower wages, and more dangerous working conditions. From this perspective, globalization, the shift from the manufacturing sector to the service sector, and the spread of information technology have created a new economy that demands flexibility in the workplace, resulting in the decline of the standard employment relationship, particularly for women. Women and youth are predominant in precarious work, often occupying the most dangerous and lowest-paid jobs. Women, minorities, and migrant workers are much more likely to fill these kinds of jobs. That means women workers take an extra hit when there is no job security or social benefits, for example, the lack of maternity leave or holiday leave.

The characterization of temporary work as “precarious” is disputed by some scholars and entrepreneurs who see these changes as positive for individual workers. Precarious workers often have no legal way to make the person, company, or organization ultimately profiting from their labor responsible. They rarely receive social benefits and are often denied the right to join a union. Even when they have the right to unionize, workers are scared to organize if they know they are easily replaceable. Many factors contribute to the rise of precarious work. The financial crisis and its aftermath have been a key driver affecting the risk of precariousness.

Precarious workers face more difficulties to exercise their rights, notably to join a union and bargain collectively for better wages and working conditions. Precarious employment can be defined as the intersection of these three characteristics, leading to vulnerable employees who have an insecure job and few entitlements to income support. People in precarious work have little or no choice in determining their working hours and pay, even if they are freelance or independent contractors.