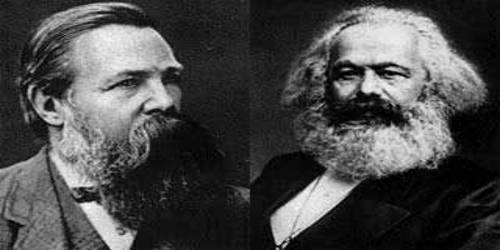 Prices of production is a concept in Karl Marx’s critique of political economy, defined as “cost-price + average profit”. A production price can be thought of as a type of supply price for products; it refers to the price levels at which newly-produced goods and services would have to be sold by the producers, in order to reach a normal, average profit rate on the capital invested to produce the products. In a general word, it is the total price paid for resources used to manufacture a product or create a service to sell to consumers including raw materials, labor, and overhead. These may also include those incurred as part of the delivery of a service to a customer. Production costs are the resources used to create a good.

Marx’s theory of prices of production is that prices are the cost of production plus average profit. The importance of these price levels is, that a lot of other prices are based on them, or derived from them: in Marx’s theory, they determine the cost structure of capitalist production. The total amount of surplus-value is equal to the total amount of profit. For a business owner, knowing their cost of production is a vital step in creating and maintaining a profitable business. The market prices of products normally oscillate around their production prices, while production prices themselves oscillate around product-values.  Socially necessary abstract labor time serves as an ultimate regulating force amidst a sea of fluctuating prices. By knowing the cost of every step in production, management can optimize production processes, delivery schedules, and general business activities in an effort to make better products more efficiently than in the past. For the manufacturing sector this indication – is the basis for the formation of price.

The theory of prices of production explains how prices diverge from the value in the context of an average profit rate. This understanding already existed in classical political economy (the idea of market prices which gravitate to “natural prices” or “natural price levels”) but, according to Marx, the political economists could not really explain adequately how production prices were formed, or how they could regulate the trade in commodities. Many people have found fault with Marx for this idea that there could be a systematic deviation of price from the value in conditions of average profit rates. In addition, the political economists could not theoretically reconcile their labor theory of value with value/price deviations, unequal profit/wage ratios, and unequal capital compositions. This causes some people to really get their panties in a bunch because they have a false understanding of the way Marx deduces the existence of value. Consequently, the labor theory of value of the political economists was more in the nature of a metaphysical belief, than a scientific proposition.